It was movie night.
How could I resist 'A Spike Lee Joint' 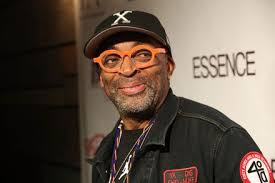 A classic.
..the kind of movie you may need to see more than once

Spike Lee has showcased what it is, to be a master filmmaker.
There is simply no denying his own unique style.
The language is raw, jarring, cutting and unapologetic, right from the beginning, so those with a slightly sensitive disposition to racist, anti jewish, or homophobic language, will be In for a bumpy ride.

Yet it's a reminder of just how far we've come with regards to how we speak to each other.
Yet it can also serve as a warning of what we may be returning to, if far right groups continue to gain traction and influence socially and politically. 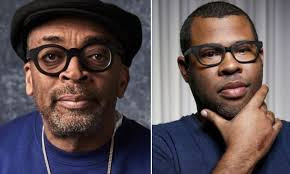 This beautifully shot, cutting edge film is based on the true story of Ron Stallworth. The lst black Police Officer in Colorado who infiltrated the KKK. ( he was also a police informant for the Black Panthers btw) 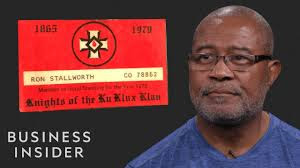 On seeing the poster for the film, I initially thought it was a comedy, until I read an article in the Guardian, that set me straight. 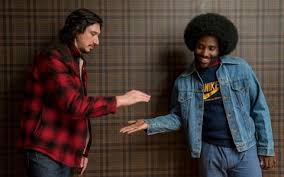 Don't get me wrong though.. it is refreshingly funny in places!.
He did something with the two women the lead actor meets that wasn't funny, but was a too familiar stereotype of the 'angry black woman' (I notice these things)
The women were all beautiful however, and lets face it, the style was pretty sexy back then, and John David Washington, the son of the acclaimed Actor Denzil Washington, does a great job in what is quoted as being he first big leading man role. 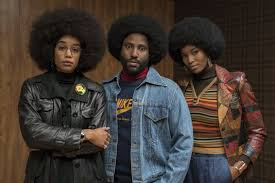 Spike Lee ( keep working that name my brother) is a genius. He has put together a piece of work that whilst set in the 70's is a film of our times.
I sat and watched with a predominantly white audience, as the underbelly of racial prejudice was exposed for all to see and hear, in all it's ugliness, on screen.
Sweet!