Are you preparing for the holidays?

Ok, well today I watched a video on the propaganda surrounding President Buhari, or rather, the alleged 'fake Buhari' Jibril from South Sudan.

For those who don't know, it has been rumoured that the President is no more, and has been swapped with a man from South Sudan, Jibril. 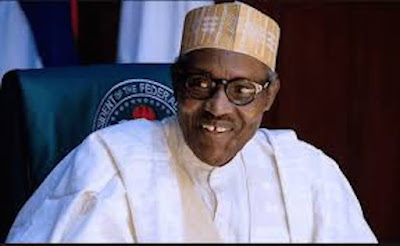 Most of us would scoff at the idea that anyone could fall for such propaganda, but the only reason I can think that anyone would give such a notion the time of day is ... history.

Former allegations that late President Umar Musa 'Yar'Adua, was 'gone' for 6 months before being actually declared so, during which time allegedly signing checks, could be the reason.
After which Goodluck Johnathan was sworn in as acting president before becoming elected President of the federal republic, some say presiding over the most corrupt administration the country has known. I don't agree neceasrily, but so some say.

This current debacle can only mean one thing... Elections are looming!
and the wolves are getting hungry

My own view is that at the time of Buhari's ill health, the nation would have been better served, at least morally, wishing him well, as regardlessness of whether one agrees with his leadership or not, bemoan his ethnicity or not, he is, by all intents and purposes, a man, a human being with a wife and children, and currently... the President elected by the people.

Wish him well... and fight fairly.

Oddly enough. I do believe that Buhari stands a chance of winning next years 'Valentines election'. but despite coining it so, this will be no loving affair.

It's poised to be one of the most expensive elections, and most bitterly fought.

There are currently 68 registered political parties in Nigeria, in a population of about 120million.
Too many? I hear you say? perhaps, but with such a large divided population I guess it's understandable

Having said that of the 3 main parties, the two largest and most popular remain the APC, and the PDP, whose members interestingly enough seemingly have no problem switching sides when it suits.

One reason Buhari stands a chance is that many people stick with what they know, also, leaving aside his cabinet, he himself has not been accused of being corrupt.
Buhari entered office with the aim of fighting corruption, but to be honest, his body language says he's pretty fed up with his own country.

Buhari may have thought that the fight would be a straight forward one, but later realised its culturally insidious.

Perhaps the best way to fight such a fight is to establish an independent organisation outside of the country to sort it out for good, establish checks and balances, one which holds no culture bias or entanglement.
but hang on, wasn't the 1960 independence meant to be freedom from that?