So Wole Soyinka stated that President Buhari should address the nation (Nigeria) Well....'To Address a Nation There Must 1st Be a Nation' no?. Wole Soyinka, in a recent interview with BBC Pigin, may have forgotten , not only that Nigiera is not a nation, but that colonialism was also the 'enslaveemt' of people on their own land. So this current crisis, really is not a new or unknown phenomina. 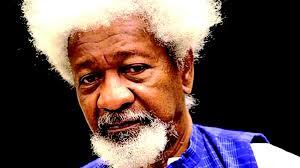 Anyway, this post is not to critique the great Wole Soyinka, but to take a very broad look at the current tensions in the country known as Nigeria. 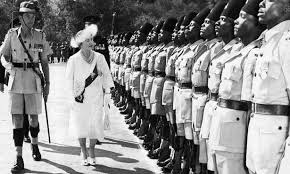 'Definition of a Nation. - A nation is a stable community of people formed on the basis of a common language, territory, history, ethnicity, or a common culture. A nation is more overtly political than an ethnic group; it has been described as "a fully mobilized or institutionalized ethnic group" Tribal intolerance is a heck of a thing isnt it... Year on Year Biafrans have cried out Year on Year, Igbo's have shouted they were being marginalised. Well, perhaps now some will apologise to Nnamdi Kanu Whilat he may not always show restraint, may not always say the right things. at times can be downright outragious, he can also be very humerous, quick witted, and well read. What none can dismiss, is that he is a highly intellegent and painfully articulate. ..and to be fair and objective, he has been proven right many times over, with regards to the marginalisation of his people. Remember the proverb, 'Rain never falls on one mans house?' well, now.... those who had turned a blind eye to the cries of others, have found, or are now finding themselves in a similar situation, and are ironically speaking almost the same language, as the once riddiculed, Nnamdi Kanu. 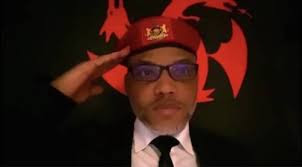 Now the tables have shifted, and the Yorubas have their own 'hero' in Sunday Igboho. 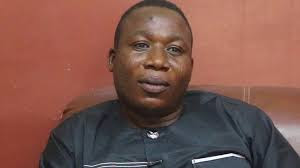 To the untrained eye, it may seem as though Nigeria's current and ongoing tribal contentions could lead to a tribal war... reminiscent of the early posturing that had lead to the Rwandan genocide. However, I don't think it will. and nobody wants that. Period. Remember the old proverb, 'Empty barrels make the most noise? ( but will rarely make a move) which in this case may not necessarily be a bad thing... and there is... alot of noise. The world will continue to watch as 'Triberia' eats itself, and will continue to ask the question, why do people always seek a Moses... one single hero to rally behind, rather than making changes within themselves which will inevitably lead to real and genuine social change? Perhaps Nigeria needs less Lawyers, and more psychologists.... The historic divide and rule, and arbitary land partitions continue to cause unbridled upset generation after generation. Not all Fulani's are 'herdsmen' and 'Herdsmen' is just one of the problems that Nigeria has.. The ironly of a craving to eat cow meat, yet clear out the herdsman is not lost. I have no particular dog in this fight so to speak. My geneology is panafrican ( Maybe I'll blog more about that, but not today) Until such time...The pot that cooked me, held many ingrediants. Nigeria has over 250 ethnic groups, the 3 largest are Hausa /Fulani 27.4%, 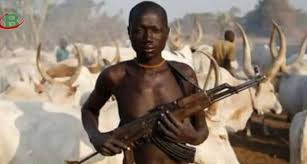 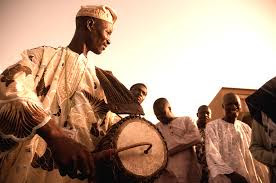 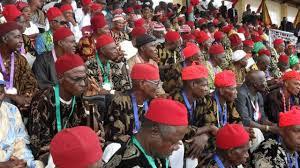 That still leaves 247 ethnic groups rarely spoken of or represented. Fulanis are situated all over West Africa and the entire continent, yet for sone reason, the 'Nigerian special breed' of Fulani's seem to be shaking the table in a major way. Triberia, Triberia The brutaility must stop. Learn from Rwanda Learn from Marcus Garvey Learn.. from someone.......at this point...ANYONE Just know that if one fails to build a nation with a population the size of Lord Lugards creation... what you tend to end up with, is an unrighteous mess.
Posted by Dawna at 22:21