Taken from the album 'Sugarcane'


As I took a walk to my local shops along Chatsworth Road, I was astounded by the number of yard sales lining several roads.
The sight of old dusty books, brick a brak and musty clothes, accompanied by what appeared to be hastily written signs of Lemonade for sale. I walked past at least six yard sales on either side. 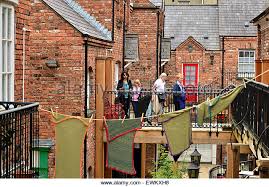 I'm never one in favour of cluttering up walkways but apparently the desire to clog our pavements in on the rise, and shows no signs of abating.

But here's the rub.

Recently, I had a conversation with a English woman who explained to me that she moved outside of London because she wanted a more racial mix, especially as she herself had mixed race children, and her desire was, to expose her children to as many cultures as possible.
The area she moved from was Ilford, (?) which had allegedly become a predominantly Muslim area. (her words not mine)
So, she moved her 'mixed race children'( her description not mine) to an area which is predominantly white, with a smattering of other ethnicities here and there for good measure.

What was interesting was that she described Ilford as becoming ghettoized due to the large number of Asians and Muslims who had migrated there.
I asked her why she described a predominantly muslim area as a ghetto, and she smiled.

I asked her why she didn't feel as strongly about predominant jewish areas such as parts of stamford hill ( she herself being jewish)
She explained she didn't like the idea of the cultural silos that existed in London, regardless of which ethnic culture that may be

Back to her description of a predominantly Muslim area as being a ghetto, I asked her why she didn't describe predominantly white areas as ghettoes, rather, the description often assigned, is gentrified, (unless you're from up north) :-) (sorry)
I was playing with her but I wanted to make a point.

The point I want to make here is that whist some may argue that the cluttering of our pavements and displays of togetherness are healthy, I'm going to argue that they are not.
I see little difference to a tom cat spraying his territory.
These emerging displays are little more that an attempt at marking ones territory, reclaiming an identity and saying.. here we are.
Well , ok.... and hi

If however, these displays were overtly non white , there would be an issue.
The women would be told their clothes are an eyesore, and neighbours would complain that the displays are bringing down house prices, and turning the place into an undesirable dump.

I remember when the sight of clothes hung in front yards was considered tasteless - symbolic of poverty (for some), with Tower Hamlets often in the headlines as one of London's poorest boroughs, and prime offender. 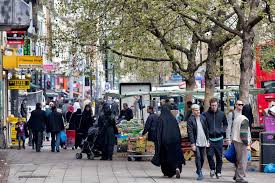 Hackney is an interesting place.


Yet like it or not, we do have an emerging group, who are determined to 'bring the place down with this wanton behaviour'. seriously...

Take your shit inside and keep the pavement clear
have you even got a licence to trade?
lol!!.. I jest of course


In all fairness, I personally don't care who wants to sell what, but I find it useful to point out the hypocrisy to those who remain unclear

Quote - Tower Hamlets is, at the same time, one of the richest and one of the poorest parts of Britain. It has the highest rate of child poverty in the country and yet the average salary of those who work in the borough is £58,000, the second highest in the UK after the City of London. This is a place where many kids sleep six to a room yet the borough has an economy worth more than £6bn a year, higher than places such as Malta or Monaco. We were told by the Thatcherites of the 80s that wealth would trickle down." [Source]

It's my birthday week
Hooray!

I had planned to get away for my birthday but it has to hang on :-( coz here I am, time crept up on me, along with his mates, I- need- and attention.

Still, I aim to enjoy it, both myself and my daughter as you know celebrate ( loosely speaking) on the same day
perhaps I will mark it in the way Ti did and have a BBQ

Only thing with that is... I end up doing all the cooking, so I may have to give it some thought.

Why did 6 items that have for a year or two cost me approx £15 become £30 overnight?
Doubling of prices on best selling goods.... why such a heavy retail sales mark up
taking the *** 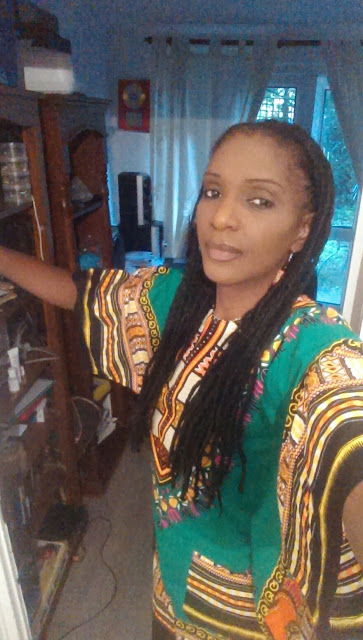 I'm loving Tiwa's album
Been my Sunday soundtrack
I've been able to catch up on my favourite things this weekend, having been without my trusted laptop all week..
Feels so good x

You have enjoyed 3 of the best.. nice one Tiwa x