Where have you been Don Jazzy?


The weekend started early with a BBQ on Friday night.
Ti the birthday boy turned 24. The 24 years have simply flown by.
I was up really early to prep the Jollof, bake a cake, then go to work, come home then clean season and cook fish, and the rest.
As fast the fish was ready, is as fast as it went, the escovitch had no where to go!

They had fun.
Nice to see them get together.
We all enjoyed the evening, and the food was good. 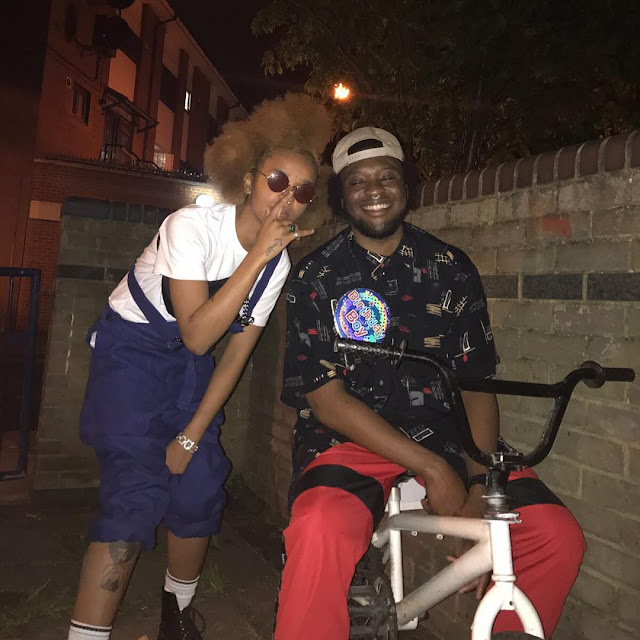 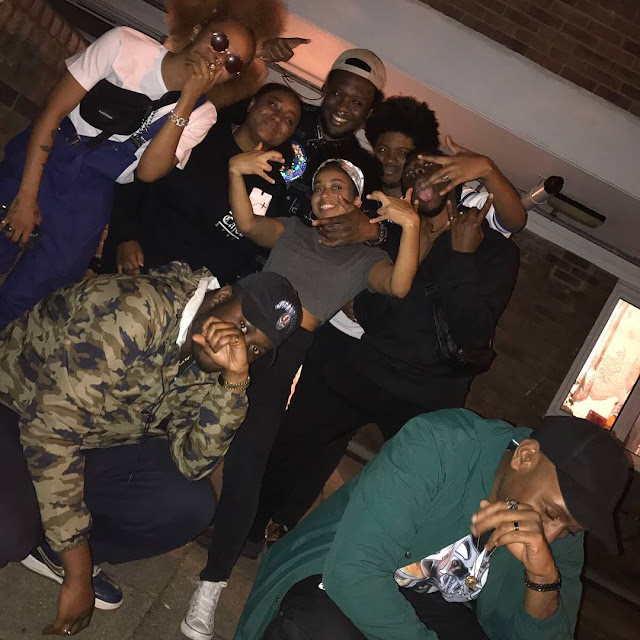 
I had to relinquish control of the decks, my lot were convinced they'd get pure afrobeats and reggae, but to be honest they missed out.. surely they know how diverse my selection can be?!
To be fair, Afrobeats would have dominated.

This interview got quite deep, interviewer or researcher?
I think she forgot for a moment he's an artist not a politician.
Anyway....

A nice video to accompany a Nice song

Pembury Estate in London has evolved.

Pembury Circus and the partial re-development of Pembury Estate is reported to be valued at £50million.
I walked though the estate recently for no other reason other than to take a shortcut to catch a bus and for the 1st time, I was struck by the surroundings. 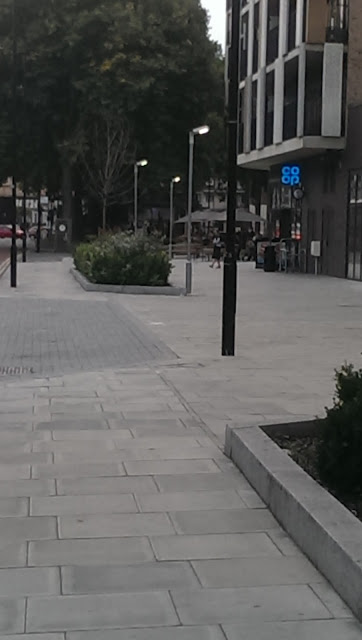 As regeneration projects go, it would be fair (currently) to cite Pembury Circus as a positive example. Wonderful use of open spaces, a vibrant Community Centre with services that cater to people of all ages, and a Cafe of which the running of it has been actively targeted at local residents.

It's £50 million, but you see (and feel) the change.
Unlike the regeneration of Woodberry Down (also in London) Pembury Circus did not struggle to get the buy in of local people. The Community Centre has been a hit right from the start, which may be a result of the consultation and or involvement of local people, perhaps, but ultimately they both make interesting case studies.

Some people will argue that a sense of community cannot be manufactured.
But it can. 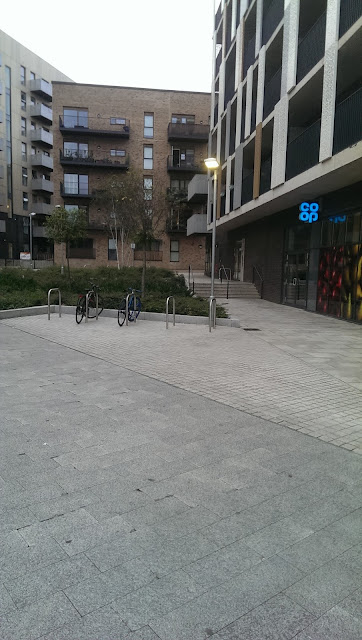 When you consider what can be done, I began to wonder how a similar development could work in a place like Sierra Leone.
I considered for a moment the recent floods and the aid donated.

A much longer analysis would be needed, but what continues to emerge is that it's important to remain aware of the fact that many aid packages received will be to the 'value of', and not necesarily monetary.

Aid which is monetary tends to come with 'guidelines' regarding what the money can be spent on, and with whom the aid can be spent.

I wonder therefore, if the government could amass £50million ( for example) and targeted a specific area, of the amazing changes that could be seen in a relatively short period of time.

If, as it's often suggested corruption is the cause for slow rate of development, it really would be a disgrace.

I wonder what would happen if the people boycotted any upcoming election, and simply refused to vote until big changes are made.
They'd never do it, but the thought did cross my mind.
Q. Why would the people not make a stand like that?.
a1. Police have guns
a2. Seduction of politicians
a3. PTSD. ( Post traumatic stress disorder)

Do you think that African Presidents should continue to take foreign medical trips?, especially if health care in their own countries are in need of development?
It's a conversation, brought to the fore recently with `President Buhari's 100 days away from Nigeria, (as he received treatment here in the UK).

There is no doubt that development should remain high on the agenda when it comes to global health care, but I'm also starting to see another side of it.

I believe it's entirely possible that President Buhari et al prefer to travel abroad for health care not just because they believe their own doctors are incapable, rather they would prefer that their diagnosis remains a private affair, and the treatment they are receiving is not 'leaked' to the public. ( which it would be)

Trust. I believe is a factor... again.
If opponents of President Buhari knew what his ailment was, or is, do you not feel they would use it against him in some way?

Q: Dawna...Are you suggesting that confidentiality cannot be respected in Nigeria among the professional classes?
A: There is a recession, and even without it.. people can be bought for the right price.
Sorry. 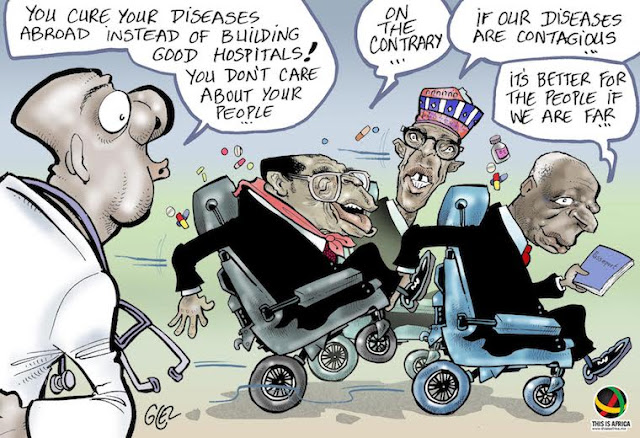 Kenya's not quite yet re-elected President - Uhuru Kenyatta 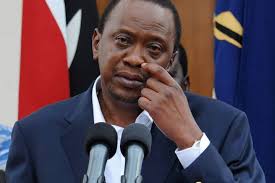 The Kenyan Supreme Court annulled the results of the Kenyan election, and as a result a new election must be called within 60 days.
Wow!, well...that's a 1st.

btw, why do I get the impression that a vote for Odinga would in reality be a vote for someone else...

The sons of Kenya's 1st President and Vice President continue to vie for Power. Perhaps Kenya needs a break from both 'families'.
Perhaps it should have been annulled as soon as the senior election official was killed.

Hello and welcome September x
Don't separate Nigeria, we prefer your weird arse's together. ( as together as you're ever gonna be that is)