Ghanaian music suffered a huge loss just days ago, with the unfortunate death of Ebony Reigns, popular Ghanian Reggae/Dancehall Singer.
Condolences go out to her family and friends 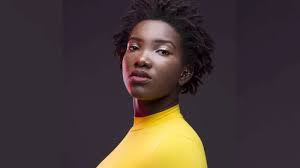 A shocking and fatal car crash which cost the lives of three young people, and left many in shock and disbelief.


So today in part 2, in honour of Ebony I wanted to feature some of our finest( and possibly lesser known across the water) female singers.
.

Female artists have a lot to navigate undoubtedly, as in life, more than men, yet despite that, they continue to shine, add colour, sassiness, sexiness strength, vulnerability, and balance

Ebony was known as a Reggae dancehall singer. Her raunchy stage antics provoking some criticism, but anyone who know dancehall.. Jamaican reggae dancehall, will know that it's all part of the game.

The impact it has had on Jamican society however, is for another post

But Ebony (like many female artists) had depth. Many use the twerking etc as a route in, as Its popular, attracts attention and can provide a decent income. It's pop culture.

Reggae Dancehall is becoming increasingly popular across Africa, bridging the gap between the continent, and the Caribbean; bringing people together who were cruelly separated, and trained systematically to despise each other.

I liked that she had dreads. Nice to see an African woman rocking her natural hair on the continent. Break the mould a bit.
We've had enough of the 'Kardashian effect' 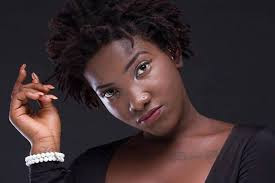 The American influence on Africa has been great
but the continent is fighting back, and it's artists like Ebony, who are at the forefront of this cultural revolution

So alas, her time was short..
but rest in peace Ebony
Long may you reign.