Much anticipated Elections in Sierra Leone are due to take place within a matter of weeks
and it's the talk of the country
Who will be the next President of Sierra Leone?

Sierra Leone has a $224 million 5-year programme with the IMF and despite the current suspension of funding due to unmet goals, many are yet to see exactly how or where the funds benefit the people or country.
But hey...money is fluid in Sierra Leone

The Red Cross has been citied to have pilfered $6bn from the Ebola Funds, and there remains over $15m unaccounted for within the Government itself.

Reports are that many of the Ebola Health workers were not paid, and despite Ebola survivors being told they would receive compensation, they are yet to receive it.

7000 people were displaced as a result of last years deadly mudslide, and the governments promise to rehouse them all is yet to be realised.

The mudslide itself is believed to have been a result of illegal logging and excessive deforestation, yet it continues.

Kroo Bay , one of Sierra Leone's most populated slum, and other slums across the country, continues to suffer from a lack of sanitation...and poverty, all under the watch of the APC, the party in power.

It's not uncommon the hear Sierra Leonians complain of the governments corrupt practices, and lack of investment in the country, yet... with an election only weeks away, at a recent APC election rally, this happened... 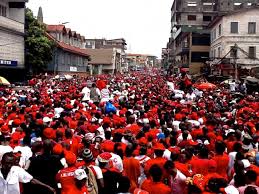 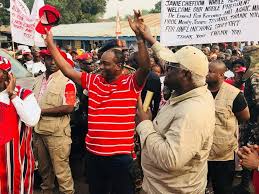 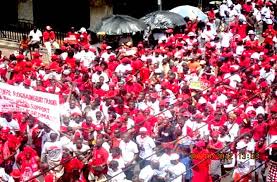 Yes...
Thousands of people came out in force.. to support them

Why?
An election rally is not a carnival where we dress up walk the streets and play mass, but yet.. that's almost exactly what occurred.

Can anyone explain that?


All hail the Cowfoot Prince

**
Not to be outdone opposition leader in Kenya, Raila Odinga
Despite first losing the 1st presidential elections in Kenya, insisting on a re-election and getting it, (something that has never happened across the entire continent of Africa) then refusing to take part in said election...
Last week, Swore himself in.....as President

Supported... by thousands of followers

You simply can't make it up
Truth really is the best fiction :)