Too Black Too Strong

Was correct.
He turned down the offer of an OBE back in 2003.
His reasons should be obvious, yet for those who are unaware, he did so as to accept such an award, given what the British empire did to people of African and Caribbean descent; and still do, would have made a mockery of him, and all that he stands for

Benjamin Zephaniah has a revolutionary mind. 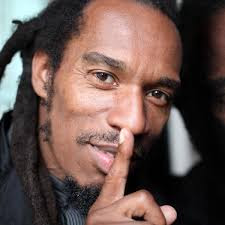 Yet how many of us could do that?
How many of us could, or rather would turn down one of the Queens highest honours if given the chance?
Not many I suspect.
No, the ego, peer pressure family pressure and subconscious belief that the British monarchy actually means enough for us to bow our heads in trifling shame, and be at their mercy, is strong.

This week Commonwealth leaders visited London. What we hadn't realised perhaps, is that since Brexit the UK had been seducing the Commonwealth once more. invites abound for staff, labour, workers to fill the gap left by European migrants (once they flee).

The shame of the Windrush scandal I fear will abate too quickly.

I've lost count of the number of people I've met telling me their employer had asked for a bio metric ( or other) card and they didn't have one
What card?
What the hell is that?
Despite working in the front line I had no clue.
There was no training, no memo, no concern.
But you've worked there for years.. why now?

I had heard stories of Caribbean people being deported, (mainly on social media), but at the time there was little or no backstory.
So now we know.

The Windrush children and descendants are British. but they will ever really be ...British.
The government should grant immediate citizenship to those who failed to get papers.
im not sure why many didn't apply for, or get passports years ago but that's by the way now.
fact is, these black African Caribbean people were invited here. they came, they worked they set up home.

Setting up home may have been a mistake but again, that's by the way now.
I know that had I experienced the type of nasty racism that they did; to leave would have been my first priority.
We as children had to live with the dichotomy of respecting our parents, yet disobeying them at the same time.
Cooning was enemy number 1.
We were not prepared to coon our way through life, and neither did we feel anything but a sense of pride in our identity and ability to fight back.

Whether the British want us or not we don't care. black African Caribbeans are here to stay and for some folk, even black folk....being too black too strong is too much to handle.
Tuff
There comes a time when the faux cockney accent won't work
That easy temperament that got you through at work and a deliberate tonal change doesn't cut it
a time when even even your friendship with Becky won't help
The neat fade or the 'Brazilian black'
A some point you'll be seen as too black too strong

Hostile environment?
Will they ever learn.