Congratulations to a man I admire so much
Dr Denis Mukwege

If you don't of him, he is the founder director of the Panzi Foundation, whose work on repairing women who have experienced rape and serious sexual assaults in the DRC, has earned him the Nobel Peace Prize 2018.

I don't think any of us can really image the horrors that these women have experienced, amidst a war that seemingly has no end.
This is a man who has dedicated much of his life to repairing and restoring these women, to enable them to begin to rebuild their lives, and to live.

There is a meme going around of a woman wearing what looks like a very cheap engagement ring. The question posed to us women is; 'if a man presents you with this would you say yes?'.
90% of comments are from men who say that, this is why men won't commit blah blah, but if they stopped to read the comments from the women they would have noticed the 90% of them said simply - yes.
You see, when a truly woman loves, she loves.
What she really wants is his time, his love, his commitment and his protection.
No one can live without money in today's society ( money is sweet o ) but men are mistaken if they believe that it is all a woman wants.

Holy Moly Beyonce's mum, steady on :).
I've watched this a few times and I have to say that when a woman has been hurt in the past and is still healing, it's not an easy ride.
The look on his face here is priceless..

Are women looking for Mr Perfect? I don't think so
Women (and men) have long since known that 'one man's meat is another man's poison'. perfection subjective, perfection no exist.
Women want someone who is just right for them, someone who tries, who is honest and kind, but mostly someone whose love is felt, and whose love is genuine.

I've watched episodes of this back to back over the past few days
90day fiance Nigerian style.
It's funny, gross, entertaining, interesting.. kinda sad too
Watch one and I bet you'll want more too!...

One of the worst things you can do when raising a little girl is to deny her her voice.
I say a little girl because it is often not the same for boys. Sometimes it is but often it isn't.
Lets raise our boys to be more tender, and our girls to be confident.

In my Che outfit.. 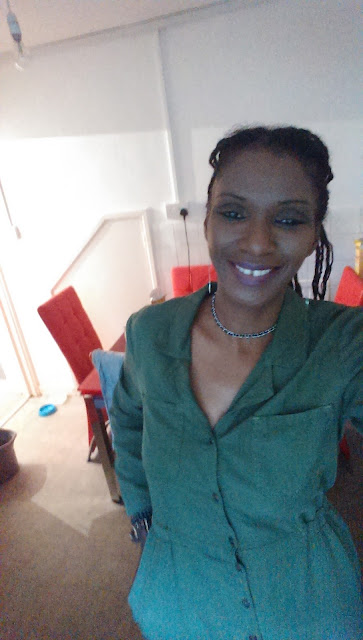