Biafra declared itself independent from Nigeria on May 30th 1967 , just 7 years after Nigeria gained independence from Britain, and a brutal civil war commenced.

Political turmoil, coup and counter coups laid the foundations for the heightened political turmoil which led to the strengthening of ethnic divisions, and intolerance, quest for power, leadership and autonomy.

Why not remember the Biafra War?.
In order to know your destination, one must know the route. Such a day can act as a reminder not to return to a time where intolerance was the order of the day.
To identify persistent issues, and seek resolution.

As with all wars, many innocent people lost their lives.
Yet just as Rwandan's honour a remembrance day to mark the genocide which took place their soil, Nigeria could also commemorate the civil war - look for ways to heal, and recognise the brotherhood and sisterhood that a country needs to become a nation. 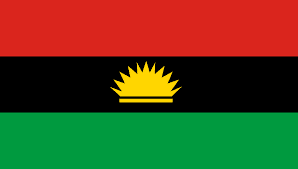