Bank holiday, and a day off for some of us.. 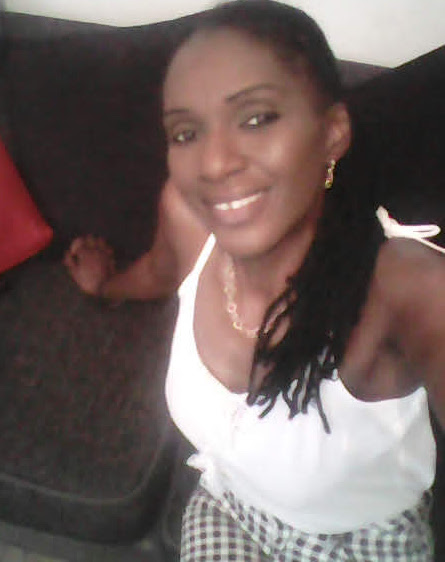 After raking leaves from my lawn ( which needs fertiliser) I watched a few documentaries one which I gravitated towards purely because I had wondered recently..

...'How is it possible, that Blaise Compaoré could be responsible for the assassination of Thomas Sankara, lead a coup, and govern Burkina Faso ( winning the peoples vote in democratic elections) from 1987 until 2014, and the people remain silent for so long?'. 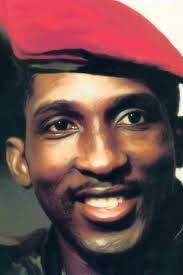 Blaise was the best friend of Thomas Sankara, his confidant, his comrade. They met at military school, and after leading a coup to oust the then existing government, Sankara became President.. it was 1983.

It's not news that betrayals in government are common place, but for a man as popular and influential as Sankara was, it's notable, that the people were silent... 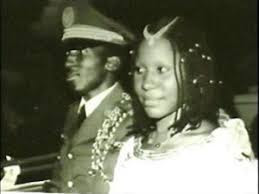 I believe silence can be a response to colonial trauma, where fear of speaking out can be very real.. but ultimately, it was the youths that took to the streets in 2014, to oust Blaise, who is alleged to be exiled in Ivory Coast.

France backed the coup which ousted Sankara, which I guess isn't unusual, as Upper Volta was a French colony.

We tend to romanticise our fallen revolutionary leaders.. but here's why the cap fits in Sankara's case..
Sankara was an anti imperialist.
He refused IMF loans, and embarked on a number of developmental programs to enable the country to become self sufficient. 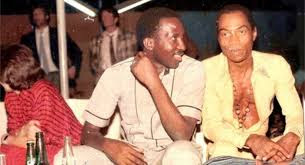 He believed in women's rights, called himself a feminist, a pan africanist, outlawed polygamy, forced marriage and FGM, cut ministerial expenses, drove a basic car, and banned 1st class flights for ministers. He developed food programs, embarked on land redistribution, constructed roads and railways. he was handsome, and loyal... 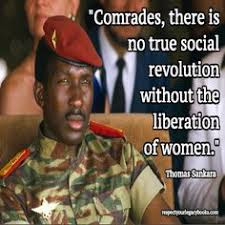 ..So loyal in fact that when warned of his former comrade and best friend's plans to harm him, he refused to believe it.
I'm sure there's much more to the story, especially as the only survivor that day was his chief of security....

..pic with wife and family 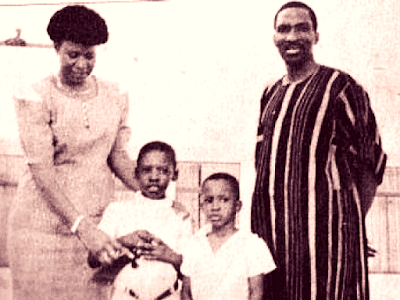 Sankara was known as the upright man

I guess, being an upright man, was seen as a revolutionary act