Is polygamy linked to a rise in poverty and terrorism?

Now's the time to reflect, catch up, read, chill, and everything else in between

So... Polygamy. What do you think?

Well the Emir of Kano, Muhammad Sanusi, seems to think that poor men should be restricted to one wife, believing that the children of poor men, are susceptible to joining terrorist groups [click]
Should we take seriously the 'anti ( poor man) polygamy' views of a man who himself has several wives?
Or does he have a point?

Is he suggesting that poor men alone make poor fathers?

Or is he simply pointing out that polygamy today in many cultures, has become (or always was) a bit of a farce, and is gratituously exploited by men for thier own selfish reasons?
I really can't say

Polygamy, poverty and terrorism is certainly an interesting angle, one which I had never really considered before. However, I was unaware that a man unable to care for one wife would even be allowed two or three. So whoever agreed (and is agreeing) to such marriages.. messed up.

Ironically perhaps, traditionally, it's the women who care for and raise the children, and will be the ones to instil values etc into young minds.
Women... are the gatekeepers of culture.
If however the women are saddled with husbands who cannot financially compensate them enough to enable them to even pay school fees then yes... it's an issue. If the women themselves are uneducated, and are being left to manage several children under the yolk of an oppressive yet absent husband, then yes, problems may arise, and surely male children will be influenced by this neglectful behaviour.

Instead, however, of stating that he would be in favour of a ban on a practice that he himself is an advocate of, I do believe it may be helpful to simply reeducate men (and women) on what polygamy is... and instill..( if they really must keep the darn thing) a sense of respect pride and discipline. 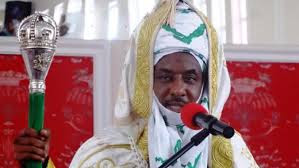