Who told me to watch Roots?

Again...
Perhaps.. I needed to refocus.. who knows
It was an unplanned viewing.. but it's said that nothing in life is unplanned 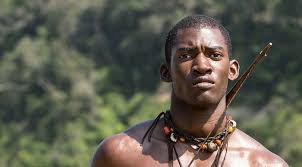 I heard it was on but really hadn't considered watching it as I remember watching Alex Haley's roots as a youngster.
and anyone who did.. never forgot it 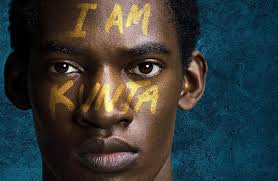 For those of you who have never seen it, here's a brief synopsis:

A novel written by Alex Haley and first published in 1976; Roots tells the story of Kunta Kinte, an 18th-century African, captured as an adolescent and sold into slavery. It follows his life and the lives of his descendants in the United States.
Roots (1977), was a cultural sensation across the United States, and UK, and it is considered to be one of the most important literary works of the 20th century.. attracting millions of readers.. and viewers
A little less clear is the impact it had across Africa, and which countries it aired in.. although we know of some [some]
I'm always a little unclear as to how Aricans born and raised in Africa view the slave trade.. and whether conflicting ideas contribute to ignorance of the African diaspora and a lack of knowledge and understanding in general.. but that's possibly best put aside for another post.

Anyway. Roots, told (tells) our story. African American.. Caribbean, once you were born outside of Africa of African descendants .. it was/is telling, in part..'your' story.
World history tells the story of us all, but there's something I find quite personal about Roots 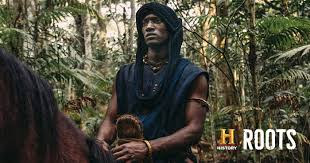 I remember the writer Kwame Kwei Armah changed his name after the original series had aired.
Born Ian Roberts, he decided to trace his lineage back to Ghana, and promptly changed his name.

With regards the 'new updated' series, the acting is phenomenal without a doubt, but it was as I watched the rape of Kizzy that something jared me.. instantly.
Tom Lee.
Yes, it was something about hearing the name Tom Lee that jarred me in a split second.
I felt extremely uneasy..

Personally without too much effort, Ive got as far back as my great grandmother.. then the story becomes less clear.

'We' don't have to have a Phd to work this sone out, but... you know what?...I'd still like to know.
However, what I also felt was a sense of pride. My ancestors suffered greatly.. but they were warriors, and they knew love..and those who survived, made it possible for us.. as they continued to preserve African traditions as best as they could
and you see it..across the Caribbean.. right here (UK).. and anywhere we have ended up making our 'home'
You see it... In ME
My name tells a story
and that story reminds me of from whence I came 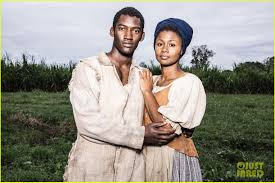