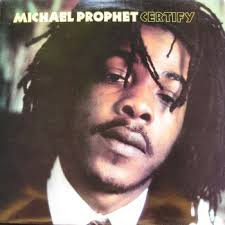 Words cannot describe
Condolences go out to his family and friends at this difficult time
..may they seek comfort in the Almighty

I do believe he spent a great deal of time not far from where I reside.
Just around the corner actually

It's actually quite difficult for me to listen to some tracks now, as they bring back so many memories that I'd rather not face...but here you are
I simply no longer do grief very well

But a musical tribute is a must. So here it is.
RIP Michael Prophet
Sigh 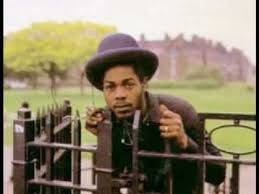 Many thanks to a great singer

Like so many of us, I grew up listening to his music, this album in particular


So many hit songs , and the soundtrack to our Youth. I lifted the lid and and they poured out. We give thanks for the way his music coloured our lives

'Michael Prophet has got one of the most distinctive and beautiful voices known in the whole reggae world. He was born Michael Haynes in 1957 and grew up in the western Kingston ghetto of Greenwich Farm, Jamaica. He began his recording career in 1977 when he was discovered by the legendary producer Vivian Jackson, better known as Yabby You. Yabby You took Michael to Channel One where he voiced his debut song "Praise You Jah Jah".
Michael recorded many tunes for Yabby You and scored his first hit with a cover version of the Heptones' "Fight It To The Top". However, it was the deeper, more rootsy material that began to hit with an international reggae audience. Cuts like "Gates Of Zion", "Mash Down Rome", "Turn Me Loose", "Warn Them Jah" and "Creation Rock" were massive sound system tunes in the UK and staple food for the likes of Jah Shaka, Quaker City, Sir Coxsone, Fatman and Moa Ambessa - the ruling UK sounds of the era' [click for more]