Black Panther: The Film Every African Leader Should See.

Black Panther, I can honestly say is one of the best movies I've ever seen.

Not only is it beautifully shot, but it tells the story of the African Diaspora, and African Leadership, so well.
Effortlessly in fact.
Nationalism to Panafricanism

For me, it's a story of identity and nationhood.
It's my story, in all its beautiful ugly, functional and dysfunctional glory.

Killmonger, Panther's rival, represents us in the African Diaspora. A child of those taken from the continent who had survived the ordeal. 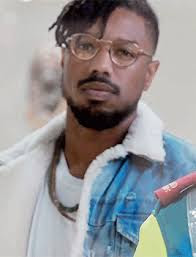 Killmonger; the child that was denied his own birthright
He had been hidden away, until he would be hidden no more 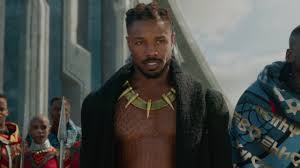 "They won't accept you.."
"Why?"
"They'll say that you're lost"
"but I'm not lost.. I'm right here."
Perhaps for obvious reasons, ( and some not so obvious) I rooted for Killmonger.
Am I the only one who shed a tear for him?, surely not.

Killmonger had observed his motherland from afar, for so long, in despair. He saw his people scattered around the globe and saw the injustices they face.
Libyan slavery, police brutality, racism.. it's all there.
His anger was justified.
He lost his father, and was treated as an outcast.
Yet it was his inability to contain that anger that ultimately let him down.

"Burn it all!".. he said
You don't get more angry than that! 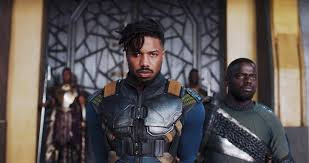 His vision was of Panafricanism.

"Youre a good man, with a good heart, and it's hard for a good man , to be King"

One of the 1st scenes is set in Nigeria. where insurgents had kidnapped a group of local girls (sound familiar?)
Action moved swiftly moved to London

The fact that 'Wakanda' turned a blind eye to the suffering of their own people abroad, fuelled Killmonger to want better for his people. 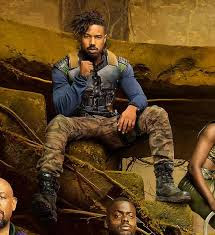 He stayed on the sidelines and watched as King after King failed to make a change. He watched as 'Wakandan's' revealed in they're own glory and ignorance, concerned only with life within their immediate surroundings.

T'Challa was crowned King, yet even his own love interest Nakia, played by Lupia Nyongo, simply couldn't live the kind of life he was offering, to live a life where others were denied, and she did nothing; she could not fully embrace him until he was willing to shed some old traditions and embrace the reality that there was a life outside of Wakanda; that there existed an African Diaspora.

Nakia knew she was a Queen, but she needed Panther to truly be a King.

T'Challa needed Killmonger.
Without him, Panther would not have evolved. 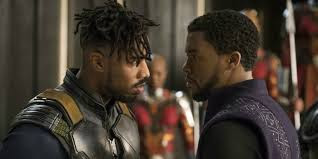 In reality, they needed each other.
Killmonger opened T'Challa's eyes, but like so many before him, he paid the price.

The fight scenes were outstanding.
Killmonger put Africa in the spotlight.

"Is this your King?? a man who couldn't save his own father?"

Like Marcus Garvey, Malcom X, Walter Rodney, Haile Selassie, Kwame Nkrumah, Franz Fanon, Patrice Lumumba and many more; Killmonger highlighted the failings of 'Wakanda'.
He was the 'outsider', and sometimes to fix a problem it takes distance in order to see it clearly, and implement a solution,

Killmonger honoured his ancestors. He would not forget them. He too, loved his father.
"..they knew death, was better than bondage"

'Wakanda' has the resources to liberate their people around the globe'

"I'm not the King of everyone, just of my own people"

Many will see the beauty of the film alone. It is beautiful. it's fun, action packed, and funny
but ultimately it's one of the finest depictions on the state of our people today that I've ever seen.

I've always felt that the development of Africa is intrinsically linked to the elevation and respect of it's women, and that the greatest untapped resource is its Diaspora. 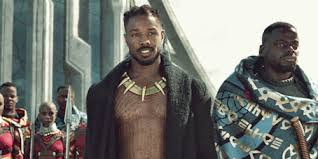 This is a movie that all African Leaders should see; and I hope that if they do, they get the message.

You were raped and robbed of your people, sold your people in some cases, for little and nothing.
Thousands of your people were cast into the sea to be eaten by sharks. Your people were branded and tortured, they were worked as mules to build nations and create great wealth, they were raped, beaten and abused.
They were to speak there languages only if willing to court death, to practice their rituals often meant death
but they found a way.
They fought back, many didn't make it, but many did.
We are the grandchildren of those that did
Some returned home ( Liberia Sierra Leone ) but others didn't.
Some are returning now.

Wake up Africa.
Killmonger is real.

They are Wakandan's
The Wakanadans you didn't save
The Wakandans that you hoped to forget
They are primed for thier birthright
how can everyone else know this... but you?

Africas problem is that 'it' believes that its greatest wealth is to be found below ground...but its real diamonds are in plain sight... above ground.