“..Ensure that humanity is served by wealth and not ruled by it.” - Pope Francis, delivered by Cardinal Peter Turkson of Ghana.

I'm pretty sure I've never quoted a Pope before, and doubt I will again, but... who knows

Today I thought about inequality.
Inequality exists because of us, simply put; me and you.
We create it, and then wonder how we can fix it, never really wanting to fix it, but simply saying so in the knowledge it's possibly the thing which should be said.


The Global financial crisis of 2007-2008 which led to the UK banking crisis and the £37 billion bail out of Northern Rock Bank, which then led to the UK Government's hard line commitment to austerity measures, and apparently essential welfare reform

Because.. clearly, the financial crisis had everything to do with benefit claimants, and nothing to do with de-regulation of banks, and greed.
( forgive me a moment while I enjoy my sarcasm)

The demise of our public services are a direct result of the crisis, yet the focus somehow shifted to immigrants - migrants - immigration; solution? = Brexit
We have been sold a lie
Not everyone has bought this lie, but many have.
In fact, we have been sold many lies 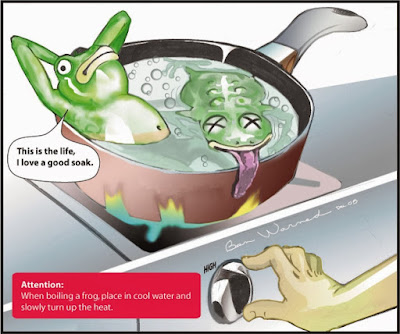 One lie was, that the private sector will bridge the gap left by cuts to public services.
10 years on, and we can now look back and see that it has not.
It has not provided the jobs we were told it would, and more importantly, it did not deliver the expertise that existed within the public sector.
How could it?

No, amidst contracts, contractual agreements, outsourcing, and hype, what has occurred has been a steep learning curve for the Private Sector, but in reality, learning was never on the agenda. The agenda was profit.

'If you privatise prison services you will simply get more prisoners.
It becomes no longer about rehabilitation, but a numbers game'.

Politically, I would understand if you called me a socialist.
It's not a dirty word to me, so it's cool.
Hear me out.
In a real practical sense, I have no issue with capitalism.
Lets face it. I am a product of a capitalist society, my fore-parents at one time were products, bought and sold against their will.

I understand trade. I believe in trade, but fair trade. I also believe profit is good.
It's why we do buisness.
But what I argue for is an Ethical Capitalism. The type of capitalism that keeps the souls of folk, in tact. The type of capitalism that does not destroy swathes of communities, exploit developing countries, fuel wars, and create divisions.

A capitalism which is sustainable and admirable.

The Private sector pretty much brought this country to its knees.
Yet somehow the sector has remained pretty much unscathed and unscrutanized. Trusted far too quickly, and questioned far too little..

The bluff is that old fashioned greed is good theory. The gloss of the private sector is however, wearing thin.
Real people with real needs; need real people.

What we need in this country, in this classist and racist system, is balance, an equal and even spread of public and private; and we currently do not have that.

Why did all Tory politicians vote to scrap free schools meals for families on universal credit?.
What the Tories are suggesting, is that if a family earn a penny over the tiny threshold allowance, they should pay for the meals.

I dont know about you but whilst we have been distracted with tales of Russian shenanigans, Tories have been voting in policies that most people would find deplorable.

The next election should be an easy win for any party other than the Tories. We simply cannot afford to leave the country in the hands of an out of touch privileged few. Anyone with any moral compass should now see exactly what The tories are about, and why our country is in the state it is in.

When we think back to the of weapons of mass destruction - distraction, it is not surprising that people are starting to wonder if this spy 'business' is true. Latest update is that it has been suggested that the nerve agent was produced right here in the UK.


You see, this is why I rarely talk about the UK.

We are as corrupt and misguided as any corruption prone developing country. In fact we are worse.
We are worse because we know better. We are worse because we are instruments of destruction and little development.
still raping Africa of its natural resources, still funding 'leaders' who really have no agenda for the continent, still as brazen as ever.