The Father of Pan Africanism

Henry Sylvester Williams
Born on the Caribbean Island of Trinidad, and the 1st man to ever coin the phrase Pan African, an ideology and movement which led to the 'liberation of country after African country. 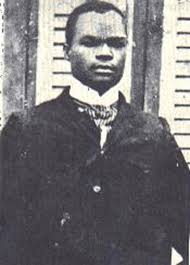 Wiliams was the 1st black councillor in Westminster, a barrister by profession, and is often the forgotten hero of the Pan African movement.
An ideology as influencial as the work Marxism, yet not many think of this man, when we think of African liberation, and the liberation of African people at home and abroad.

Whilst Kwame Nkruma became the darling of Pan Africanism ( for awhile) is was this man, a man who organised the 1st ever Pan African conference in London, who galvanised the political elite and moved people into action, that could easily be cited as the true darling of the movement.

Artists writers and musicians not withstanding. 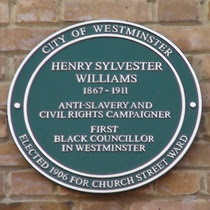 Perhaps before we celebrate Marx, who failed to factor in race into his ideology
a man who believed in the inherent good in people to move them to do the right thing without state intervention (how's that working out?)
let's remember Williams.
A man whose ideas still resonate today.

Feeling rough with a cold, but will try to blog throughout.
A litte music to sweeten the vibes, raise the temperature, and banish the cold