England beat Nigeria 2-1, in the friendly at Wembley - oh no say it aint so!.
Ha 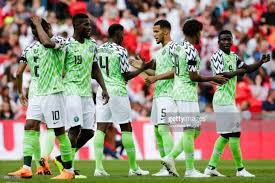 Fans cued up around the block at Niketown, as early as 6am for the store opening on Oxford Street for the new Nigeria kit, and it's looking good

You know I'm supporting Nigeria in the World Cup, 2nd team Ghana, then England.
It aint just football, no this shit's personal lol! :)

The Human Spiderman Mamoudou Gassama, we've all heard so much about was contacted by the President of Mali and asked to return to Mali... and join the army.
He has apparently declined the offer and accepted the internship with the French Fire Service, and can you blame him?

He did an amazing thing.
What was interesting was the response and the quick reaction of the French President to grant him citizenship and a job.
Is this what our parents meant when they said you have to be twice if not three times as good to break even?
How many other migrants have amazing skills and qualities are being treated poorly because of lack of knowledge of unwilling host nations?
Many migrants have already risked the lives to get to countries such as Turkey or France, yet in order o be seen as fully human, appear to need to overtly and demonstrably risk this lives again, to be given a chance.
Mamoudou is strong young fit and caring. Qualities abound across the continent. I hope his act of bravery and selflessness triggers a deeper understanding in others who may struggle with the issue of migrants.

President Maada Bio of Sierra Leone, visited ministerial office to see who was at work on time. SURPRISE!!.
He left a note for one minister who was late. I'd love to know what it said lol! 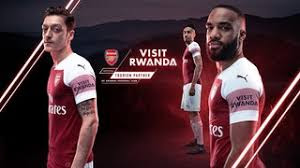 I do think it will have a positive impact. But I'm an Arsenal fan so maybe I'm biased.
Posted by Dawna at 00:15