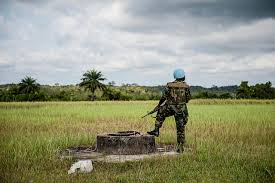 A civil war which claimed the lives of approx 250.000 people. As brutal as it was, Ellen was couragious enough to stand, and win the election that took place in 2005. Whilst one can debate her success and failures as head of state during her tenior, one can't deny her courage, and intellect. 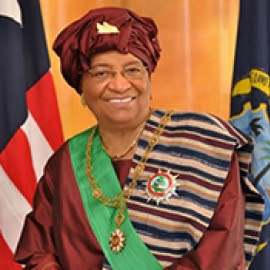 There are some who feel that countries across the continent could benefit significantly from a female head of state. That is, however to assume, that the female posesses the compassion that women are often known for. Compassion which some may argue, could potentially restore broken trust, restore humanity, and ignite a sense of belonging to otherwise waring fractions. Those are debates for other days, but until Africans in the diaspora begin to recognse the achievements, strengths and struggles of our people on the continent, a continent by the way, that provides the majority of the entire 1st worlds resources, many of us will continue to flounder in the wilderness like lost sheep.. We need women who will speak compassion and fairness to their husbands. speak of loyalty, love, intregrity and honour. 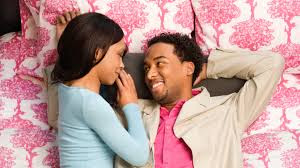 Women often possess great gifts, and often insight. Yet in these confusing times, many of us continue to search for our gold in coalmines. Maybe it's time to support our African female leaders more in thier endeavours, in whatever way we can. They may not command the 1st worlds media spotlight... but they are there. Even if that support is just raising awarenss. *** Other Female African Presidents... Rose Francine Rogombe, Interim President of Gabon (June 2009 – October 2009) Joyce Hilda Banda, President of Malawi (April 2012 – May 2014) Catherine Samba, Acting President of Central African Republic (January 2014 – March 2016) Sahle-Work Zewde, President of Ethiopia ( October 2018 – Present). Happy Sunday x
Posted by Dawna at 20:50