The awareness of the genocidal attacks on the people of Southern Cameroon is growing . The recent attacks on the school in Kumba, in southwest Cameroon, which was subsequently touted by some media outlets as an attack by seperatists, should beg the question... why would seperatists plan an attack on their own children. It's an ludicris theory that makes no logical or 'humane' sense Regardless, it was a crime against humanity, and unfortunately, one of many. 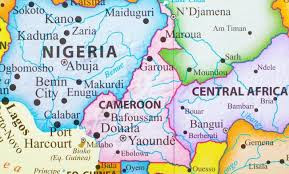 In the not too distant future the world will speak in one voice to condem what has been occuring in Cameroon for far too long, and demand answers. 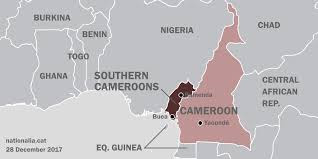 For those who are reluctant in thier willingness to comprehend the issue, one way to begin an inner dialogue, or area of research is to ask yourself... Why would any part of Cameroon, want to leave? Does anyone ever desperatly want to leave a happy marriage? Our French speaking Cameroonian brothers and sisters still have time to get on the right side of history, and speak out against the hatred being meted out on their brothers and sisters.

Or they too may be members of the scrapheap of a dissapointing mix of self hating greedy failed seeming unfeeling Kleptocrats. **
Posted by Dawna at 17:23