I believe prayer can take many forms.
Some may not even use the word prayer.. despite an act of prayer taking place
Each to his or her own
What's in a name.
Well.. everything and nothing.

I believe in fasting also.
What I mean by that is that I believe it potentially good for the mind body and soul.

...so when the President of Sierra Leone in his New Years address to the people, requested a week of prayer and fasting to help to bring the Ebola crisis to an end.
at first I thought... yes... I like the idea.
By that I mean that I felt communion with the spirit of good intention.. the aim.. the mission.. the purpose. 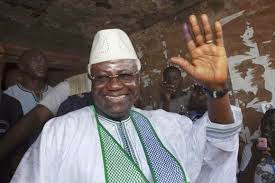 But now I'm not so sure.
I imagined... if it were me being asked to do such a thing.
You see the thing is....people are already hungry, fearful tired and suffering, Many are grieving, such is the impact the crisis has had, and is having on homes, incomes, resources, businesses. So much so that I'm sure that the majority of the people are praying each and every single day and night for an end to this.. and do not need to be told to do so by anyone.. not even the Honorable President .

To request that, in the 1st week of the year, after a holiday that was not a holiday and could never really have been a holiday under the circumstances, people put themselves under potentially more strain.. having not planned or prepared themselves for a week of fasting.. (which many may need to do ) I think could be a bit much. 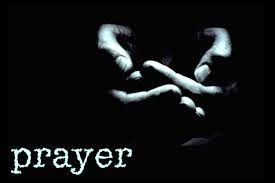 What concerns me also is that the focus perhaps also needs to be on ensuring that the population get enough 'good' food to eat, and that those quarantine are catered for, and that those business's which can no longer operate .. industries such as farming.. traders etc.. have access to food, in the interim.

There are those who through no fault of their own will not be able to earn an income right now
there are many who will be worried about this.
They will need reassurance that they will be taken care of.
They do pray
They are prayerful people.
What they need now is an answer to those prayers

I pray that thier prayers are answered soon

I've spoken about the work of Dr Denis Mukwege, and the Panzi Hospital a few times. He was even the 2014 BIM man of the year.
So reading about the current crisis which has the potential to impact on the women who need the service the most made me sit up and take note.
It's alledged that the Government of DRC isn't too happy with the good Doctors outspokenness
Ironically it's the war rape and ongoing conflict that most (rational) people are not happy with [click]

I pray it gets resolved quickly is purely a misunderstanding, that it's non political, and the staff can get back to doing what they do best

"This was not a coup. This was an attack by a terrorist group backed by some powers that I would not name,"
Gambian President Yahya Jammeh spoke out about what has been referred to in the media as a failed coup.
Well... whatever it was... he's not taking it lightly. who would? [click]
I pray for calm..