I'm up early as per.. but this time it's because it's my son's birthday, and I'm baking a cake, and cooking a nice meal
He's my eldest.
The father of little man 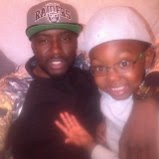 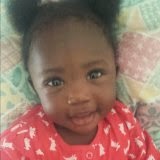 Time freakin' flies people that's all I can say.

I remember very clearly having Ij, and I also remember during labour wondering what the fuss was about.
There is something to be said for having children quite young, in terms of mindset anyway. You haven't had time to build up FEAR.. you lack KNOWLEDGE and EXPERIENCE

That changed by the time I had Ti. ( I remember that really HURT. lol!)

I've grown up with my children. I was pregnant with Ij and at the time was still performing. I wrote songs with him beside me, and did pretty much whatever I had to do with them all by my side.
Of course once you have more than one child they pretty much entertain each other.. three? and it's a veritable playground. ( there's a tip mums)

I wanted to have 6 children
I have 3.
I blame the men:) They were aresholes lol!
Nah.. (well they were) but to be fair I guess they were just young too.. they were much older than me.. but, young still.

He's very talented Ij. Pretty good on the piano. Pretty good music producer. Will he do anything with it?...Who knows.
He really likes house music.
I really like reggae.
Let's compromise
Reggae it is.:)

Besides...there's something about cooking to Reggae..

On my return I really want to write something about South Africa and violence. On 'Africa' and Violence.
It's pissing me off now.
Big Time.