Sekou Toure .. and 'that gesture' 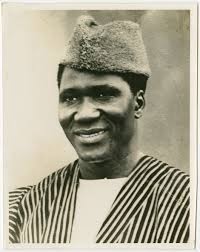 They ruled Guinea side by side..
By all accounts, and wanting so much to return to his beloved Ghana, Nkrumah later became increasingly isolated and lonely, until the his death in 1972.

Girls guide to politics says that the relationship between Sekou Toure and Nkrumah was a wonderful display of true friendship brotherly love and loyalty... certainly beyond that which is normally displayed in Politics. Imagine.. when the country he fought so hard for; Ghana, kicked him in the butt.. at least Nkrumah had a friend he could turn to.

It's the fear that keeps the wheel of oppression and slavery turning isn't it.. be careful who you set free that upon their freedom they don't enslave you as thanks. 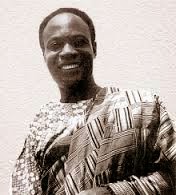 Someone once told me that when asked about his very fair skinned Egyptian wife Nkrumah stated that he had married her so that others could see he was not racist.
You believe that?
I don't believe that for a second.

Girls guide to politics says.. Nkrumah may have been cool..visionary even, but did seem to have an unusually high pitched voice!.. ( or is it just a result of old film tape speeding up?!)

Nevertheless.. even if it were based on 'that gesture alone, Sekou Toure was a Don
We Salute you

You too Mr K