Today was a good day.

A surprising day in some aspects...
...confusing in others. Yet overall.. productive.

This evening I thought about the song below by Adele that I also love; Possibly love the most.
I havent heard it for years.

I'm barely able to stay awake this evening i'm that tierd. So forgive my lack of dialogical fluency.

On May 8th... we should know which party 'or parties' will be charged with forming our next government, and running the country.
There will be winners... and losers.

For some reason this evening, listening to these songs, I'm reminded, not of past loves, but of Gordon Brown's departure from No 10.
Yes... he who often bit his nails and whose spelling was noticably poor on occasion.
We had those things in common.. if little else.

Gordon's reluctance to call an election set him on the path of an early exit.
The 'people' showed him little love
He was seen as the one who wasn't elected, but got the job.
He could have been great. I liked him in the main, but the public were angry at the Labour Party.. angry at Blair over Iraq, and his 'relationship with George Bush', angry at what they saw as Blair Brown party divisions. 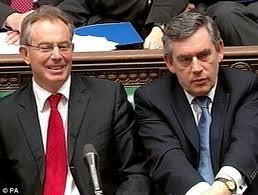 That day, as Gordon Brown walked away from No 10 with his wife and children I remember thinking.... 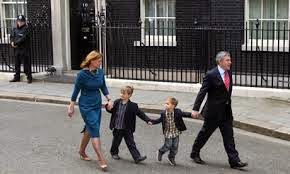 Everyone has a dream. Some achieve thier drreams others don't.
The best thing to do, is give it a try. 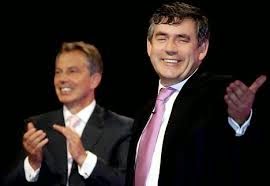 Good luck Labour!
..but one thing I've learned about us Brits over the years is....
we can be as fickle as f**k :)
We say we want change... a fairer society, but do we?
I guess we shall see.