I had to check it out.
I read an article that said the 'real fight' was between Jamie Foxx and the national anthem'..heehee that made me laugh out loud..

How bad could it have been? I thought. From what I know of Jamie Foxx, he can surely sing!.. and is a darn good actor too!

So here it is... what do you think?
What Jamie did.. was he 'souled it up a bit'.. well.. alot..
I kinda like it
Sure he could have kept more to the actual melody , but it's in there ... somewhere :)
Is that hallelujah always at the end?.. I've never noticed it before

Russell Brand backs Labour..
He's very hyper... I could barley concentrate on what he was saying.. Is it my imagination or has Russell Brand become even more intense lately?
If anyone stared at me like that or looked as if they were about to pounce on me at any moment.. I'd call security immediately. Labour backing or not!

Would you report having paid a bribe? really?... or just give thanks and keep your mouth shut....

I read this article about the website 'I paid a bribe Sierra leone', which talked about the issues of corruption and bribery [click]
I also checked out the website [click]
Now... In a country with as high adult illiteracy rates as Sierra Leone has, a country with poor access for all with regards to ICT, and a country plagued with electricity black-outs.. just who exactly ... will be able to use this?.
The few who will, I assume are those who are much better off in society.
For the poorest members of society, who are struggling, this site wont mean much to them I fear.

Corruption is a problem for sure.
Problem is, culturally speaking..Some see a bribe as simple reciprocity..
..and reciprocity is not a dirty word.. and is understood the world over.
*Having said all that.. I do think the website is a good idea*

Which child molesting exploiting raping French Peacekeeping solider do they really expect to admit to what they forced some of those boys to do in CAR (in exchange for food) and 'give themselves up? [click]
They cannot be serious!. 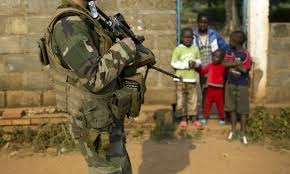 Also... having breeched UN 'protocol' .. do you think that Anders Kompass should be sacked?
or do you think he did the right thing? leaking the report as he did [click] 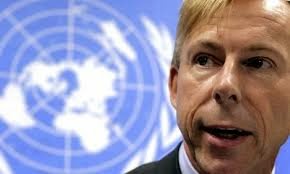 * Update 6th May.. he has been reinstated*

A friend of mine went to a garden party and a grown man; a black UK Jamaican guy with dreads, was saying to a little child (a black boy) 'wassup my nigger' ... over and over again.
He.. was also responsible for playing the music , and proceeded to play songs with highly inappropriate and heavily sexualized lyrics..