Yes...what a week it has been. 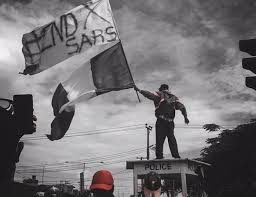 What began as a movement to 'End Sars' (Nigeria's Special Anti Robbery Squad) has emerged as the greatest mass protest in Nigeria's History, in our time. It cannot be underplayed. 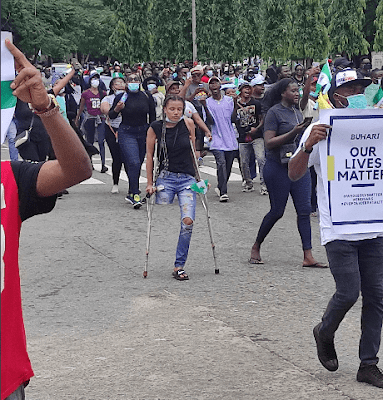 What is happening in Nigeria, may send shockwaves across the entire continent, and the international community, with the message that those in power, who abuse power, can only abuse the power they hold for so long, for when revolutions happen, they are not unprovoked, but they are, unplanned. 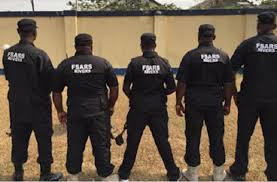 When Omoyele Sowore called for Revolution Now - days of rage to begin on the 5th August last year, many of us knew that historically, successful revolutions cannot be printed on a leaflet and announced in advance. True to form, he was detained by the DSS, and found himself facing numerous charges, one of which being treason. However, what Sowore was calling for, in essence, is no so different to what protestors are calling for now. Perhaps, in his case, having previously been a Presidential candidate Sowore was unable to garner sufficient support across the board, and in a country where trust and integrity has sbeen found wanting, one can understand why some of the people may be skeptical. Yet something has happened. 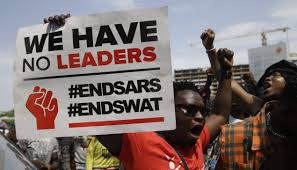 In true 2020 vision y'all, the veil across the eyes of the masses of Nigerian people has been lifted. Enough is enough. The protestors may be calling for and end to the brutality and murderous raping nature of 'SARS' ( since disbanded and renamed SWAT) but they are also calling for, good governance, government, jobs, education, roads, light, and the list goes on depending on who you speak to. 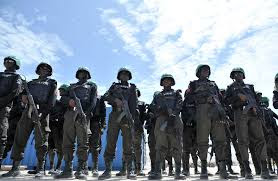 The emergence of the once sleeping giant, could also provide encouragement to other oppressed citizens facing coruupt governments, insecurity, and dehumanising treatment across the continent. The international community who one could argue benefits from Nigeria and numerous African countries remaining in a state of disarray may seek to provide additional support to disfuctional govnerments in order to retain the status quo. Time will tell. But in the oil rich Niger delta where multinations like Shell continue to operate, despite the damage to the environment, destruction of the eco system, whilst the pople remain in excruciating poverty and a state of insecurity, we can be sure that the international community, silently and covertly, will be watching. Many of us in the diaspora have criticised our Nigerian brothers and sisters for being docile, not standing up, speaking up, for travelling abroad and 'selling out', and whilst some of those criticisms may be valid... they are standing up now!, they are fighting for thier rights now!... and that, is what matters. Women came out from proverbial kitchen, front room, and Buhari's infamously named 'uddza room' to say - enough is enough. The world watched when George Floyd's life was taken away from him at the hands of a US police officer, and supported the BLM protests which emerged in the wake of that incident. However, we cannot deny that Africa's poor world standing on the international stage, depsite its mineral wealth, empowers the belief that black lives do not matter. Peter Tosh once sang, 'no matter where you come from, as long as you're a black amn, you are an African'.. and it would be fair to say, evidently, that is how the world sees it. Our motherland is in need of repair. and if the candlelight vigils did not bring a tear to your eyes check your pulse. 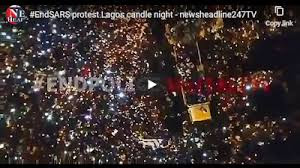 That our sleeping giant woke up should be celebarted, by all 'panafricanists' and lovers of freedom everywhere. Let us cook the best meal, and welcome home this prodigal son, and may our prayers be that those who have died, did not die in vain. 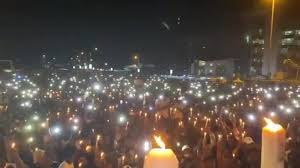 If you have ever enjoyed your Nija Jollof, danced to your Afro-beats, flexed in your garments, enjoyed the literature.arts, ever supported Nigeria in the world cup? well...that's all well and good.. But dont forget to send messages of support to those who are out there now fighting for freedom. Lovers of freedom everywhere, pay attention. Do not rely of world media coverage. Well...the giant woke. It's happening now. **
Posted by Dawna at 14:05