I'm awaiting some real hot chocolate from Jamaica any day now courtesy of a friend
I remember how much I used to love it anytime my parents brought some back from Monsterrat.. Mmmmm it tastes so good..

Anyway, I've been quite busy lately with various things, and my days have been long, so I haven't been able to update as much as I'd like, but I'll be back on it as before, pretty soon
I'm actually blogging from my bed, eyes blurry ready to sleep! 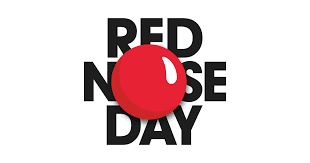 Did you know that Red Nose Day raised about £71m this year? [click]
What an amazing fundraiser it is!

I've been reading various articles as usual and found a few on the impact Comic Relief has on the African 'development' narrative
One article, written by David Lammy MP raised several points on the overall perception of poverty in Africa. You know the perception I mean....
Likened to Band Aid, with 'us' the privileged 'westerners' stepping in to 'save' poor hungry 'Africans ( mainly women and children)'
Ordinarily I would share that view and in many ways I do, after all, we've been fed that diet for many years despite the reality that Africa is a huge continent with a growing and strong middle class and wealthy elite.
Basically, not everyone is starving in Africa, and poverty exists right here in the UK. Sure it's all relative and what we do have here in the UK, is a strong welfare state.
Not so across Africa

What I do like about Red Nose Day however, is that it brings out the best in people, people of all ages do something in the hope that it will help someone else.. someone living miles away... who they will never meet.
'Little man' gets excited about it every year, and that's nice to see
So yes, whilst David's points are valid, the good that prevails even if it's just to make others aware of someone else ... balances out quite well. 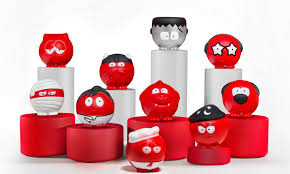 People give, despite knowing that many of those who suffer the most economically and otherwise, do so not through any fault of thier own, rather due to poor government, governance and war.
That however is not an issue for Africa alone, but until those on the continent in positions of power become more selfless and commit to the development of, and elimination of poverty in their midst, the issue will continue
Comic relief .. relieves the pressure from corrupt governments to do better.. after all.. they are aware that whatever they neglect to do... an NGO will surely fill the gap

This track is in no way even minutely related to what I've just said...I just love it
Night night x