A while back a acquaintance of mines boyfriend of 10yrs was unwell for a brief stint.
He's ok now. (thank god)
He is Nigerian, she is not.
I went to visit whilst he was in hospital to lend support.
His mother was treating my acquaintance very oddly..unfairly actually, and had called in the 'cavalry'. Questions were asked of my friends religion,and her background, and it soon became clear what they were suggesting.
What should have been a union of people became an ugly tribal and cultural battle.
It was sad to see.

If I'm honest I was disgusted at the time. For years all was well, yet in the blink of an eye ... they turned on her
Her crime?

She was not 'one of them'
*sigh*
It saddened me at the time but you know me.. I perked up :)
I've never really spoken about it before... but it's not something that leaves the memory quickly
It's an uphill struggle we face for sure.

I hope things are better there and all have regained their senses.

Yesterday I watched (some of) Selma. Good movie from what I saw, but sad.
So I stopped watching

If I think about balance again, it's definitely required in the movie and story telling industry
'our painful past movies' outweigh all others

Long may he continue his great work! 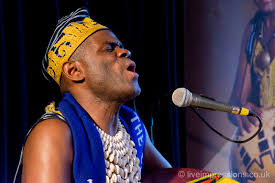 On a happier note Ti's off on holiday, I'm left to my own devices ( and vices) this weekend, trying to schedule a much needed break of my own

I watched an interview with Reggae music legend, Bunny Wailer recently. For those of you who don't know he's one of the founding members ( and only surviving) WAILERS.

Peter Tosh Bob Marley & Bunny Wailer.. originally the Wailing Wailers.
Anyway, I learnt seething about Bunny that I never knew before. Just like Marcus Garvey (one of the fathers of Pan Africanism) never did.. Bunny has yet to step foot on African soil.
How is that even possible?
Bunny is a legend. Promoters?.. what's going on?
Bunny is now in his 70s looking good and going strong.
I hear he's finally planning to tour there soon

Salute to the Legend that is ...Bunny Wailer aka Jah B.

Another amazing story teller..
One of my all time favourite albums