Weekend WOW Factor - All is Politics

Been checking Theatre prices for Panto (yes I know, but it's not so much for me, but of the little ones..cough cough ..) and nearly chocked on my tea! Yikes!! 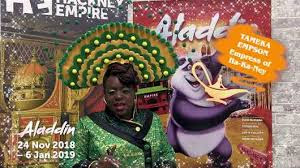 Anyway , it's a treat so..
hmmm.. I could use a few new outfits to cover the party season tho
Theatre or Top Shop... hmmmmm... 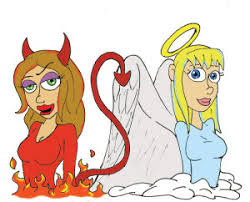 Its been awhile since I've undertaken an official course of study, and qualification, so I'm actually excited to be starting again next week. University of Liverpool this time .. distance study linked to my new role - more on that another time
Nice to be activating that part of the brain again.. despite the hard work to come

This is why it's always important to be mindful of your circle, however, I believe in Buhari's case, he simply chose from the pool around him... but... slowly over time, has become weakened to them
Political osmosis..

Jesus chose his 12 carefully, but even then .. many were found wanting when it mattered most
what he did do however, was stand in his power, and not become like them..

So I've been following Omoyele Sowore's presidential campaign, and the director general of his party comes across well..
Yet his followers/supporters are becomming increasingly fanatical
that could be a problem
If anyone critiques Sowore.. his supporters come down hard on them like a ton of bricks, hurling insults and the likes

What will they do if the outcome is not what they hope for?
Will they attack supporters of others parties?
Or will they turn on him?
Will thuggery preside over next years elections?..
We will see.

The problem with socialists... is they have no money
The irony being that capitalists by proxy, end up doing more for the people in their ability to generate jobs and capital.
A capitalist with a socialist heart.. sounds like a philanthropist
It's not what you have, but what you do with it
I guess It's a question of intent

Here's a book I must read.. not heard of this man before

I heard about him via this speech

Buju Banton has been released from jail, and returned to his beloved Jamaica.. and the fans rejoice
Not sure when Buju became a hero , but there you have it
Just wait, if he releases a bad tune, much of those same people will be calling for his return to jail!!
People are funny and we don't even realise
Spice of life
Welcome back Buju..
Be good

Anyway.. lots to do today.. there's even an Xmas party across the road from me.. mulled wine .. here I come