Janet Jackson has had a baby at 50 , and Serena Williams is engaged to a white guy
Let the backlash commence..
or so it seems. Janet has been regarded by many as selfish, and Serena a 'coon'.
Black men are ( in their droves at the alleged 'betrayal by Serena) not happy with her at all. 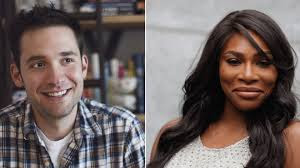 Please give me a moment.. as I hold back the laughter
Why is it that this double standard of what black women can and cannot do continues to exist?

Biologically, if a women can continue to have children later in age.. then she can have children. Period. (no pun intended)
Society dictates far to much with regards to women in general, but the obsession over black women's bodies has got to be one of the most hipocritical and frankly intolerable means of abuse and subjugation that for some reason relentlessly goes unchecked. 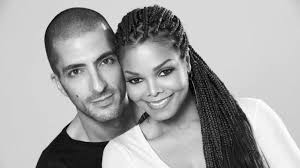 Serena's finance has chosen a beautiful hard working and intellegent woman whose fortune far surpasses his own. He's not silly.
I could quite easily critically analyse the black men that have been dating and marrying white women for eons, but I wont bother, suffice to say that in many cases what is appalling is the denouncement of black women many men go on to make to justify a choice that should in reality need no justification other than to say.. I love her.

Ive read and heard it all

'Black women are too this'..
'I gave up on black women..'
'Black women are too that..'
the list of attacks continue, but often is purely to mask what (for those who feel the need to do so) an inauthentic decision, often stemming from a colonial mentality and a case of white supremacitis
Many of the lies told about back women are told by men who really should.. know better

Neither woman deserves the negative backlash for their life choice.

but they will get it..
and it will go unchecked
why?
Because they are women..
and they are black

Ironically, if black men fail to support, back up, or protect black women... then who will?
hmmm..could that explain their choices?

As a woman myself I suspect that the choices they have made, they have made out of love.. with no ulterior motive at all
Now that's a novel idea...Go figure

Coincidentally, whilst white women who date black men are often viewed as 'heroes' 'courageous' 'beacons of liberalism' 'willing to embrace another culture' 'fearless' (in dealing with any family dissaproval) 'taught to cook , dance learn another language, and are fully embraced...black women who date outside of their own racial group, or even cultural group, are seen as... well... quite the opposite, and in more cases that not, treated entirely differently .