Travelling on a crowded train recently, my eyes were drawn to a magazine a woman was holding and in it, an article on travelling to Victoria falls, and alongside the text, beautiful pictures of the falls and hotel accommodation etc. 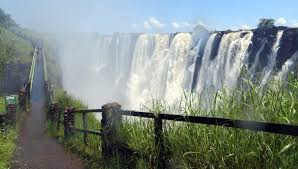 The second paragraph, began with the words.. 'President Mugabe' and in brackets..'Yep... still there'
Amused, I wondered how many non Africa visitors to Zimbabwe even care about the President or give thought to the history of the struggle he was acutely involved in.
I also wondered about the number of non black/African visitors to Africa, per year.

Travel migration and immigration has for as long as I can remember tended to focus on non whites, and has been framed as a black 'problem'( more recently a muslim 'problem')
Non black/African travellers to more 'exotic' climes are more often than not viewed as 'travellers' progressive, curious, and... entitled.. and it's that sense of 'entitlement' that I wish to explore further.

I remember attending a lecture at Birkeck delivered by the head of the NGO, MSF, and he was asked at the time why so many Aid workers were white, with so very few seemingly black individuals taking up a career in International development.
His reply at the time was that it had been noted, and it was a question he had been asked before, what he didn't say was what ( if anything) they intend to do about it ( many in the room thought 'they' MSF, and other NGO's...should)
Yet why would he
Many, if not most Aid agencies ( as much as I love them ) remain a throwback to colonialism.
The image portrayed, is that of a white saviour helping the poor unfortunate black 'other' ( in any given country) which, whether we like to admit it or not, does have an impact on the psychology of those receiving assistance from them [click]

I know of no large aid agencies with senior managers/directors who are not white. ( there may be some, but it's definitely not the status quo) The indigenous people of countries receiving 'aid assistance' may work for these agencies, but are routinely in positions which involved following orders, but never actually making decisions.
Does it matter?
Well...what do you think?... 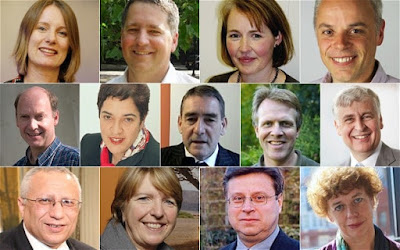 Our media likes to portray the African continent as a scary place... yet who are they really trying to scare?.. and why.
Who benefits from this often one sided media representation?

Today, I wondered of our very own population here in the Uk.
As it's Sunday my desire to research fully is somewhat diminished so forgive me...but I will offer you this

The UK's black population ranks at about 3%

The white population in South Africa alone, ranks at about 8%

The UK's black populous are far more likely to face discrimination (institutional and other wise), than the white population of South Africa.

Thanks to America's ( and friends) foreign and economic policy, wars have been raged and lands exploited to such a degree that the numbers of people displaced internally and externally have risen to its highest, and the threat (or fear) of terrorism has increased.
Yet, countries like the United States are intending to clamp down further on immigration from 'certain' counties, in a bid to keep America for 'Americans', and make America great again, despite the mess it contributes to abroad.
( and despite the welcome many Americans receive when they travel abroad)

The root of many of these issues remain the same as they have for many years, and the sooner those in positions of state power or privilege own up to that fact and address the issues the better...as every day increasing numbers of people are beginning to see the wood.. and the trees.

In this day and age, I really believe the task ahead.. is finding balance and joy amidst the madness.
Generations from now it is highly likely that we will find that balance, and that racism will cease. It has been slow to end because despite the efforts of many, the campaigns, marches, policies, and laws, racism divides people into two categories.
Those who gain from it.. and those who do not.
(winners and losers in other words for those who prefer that term).

and those who gain, have been in no hurry to relinquish that gain.. even if they are, the nicest of people.
We know the world can be very unjust, yet there is beauty..regardless so have faith.
I believe that we will however, begin to see a reemergence and increase of people rallying around a shared goal...It's called the power of the people. 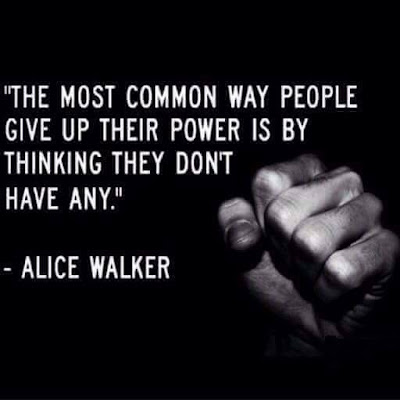