Why watching Eastenders can be a very bad idea

I haven't watched Eastenders in years.
It was by chance that I caught the episode in which Denise gives birth. Now, I don't know about you, but I'm quite disgusted at Eastenders historic and ongoing portrayal of black people in general as being... dysfunctional.
So, Denise, an intelligent black woman not without an aura of attractiveness gets pregnant for Phil Mitchell, an ex druggy hostile aggressive drunk who has done the rounds with regards to women 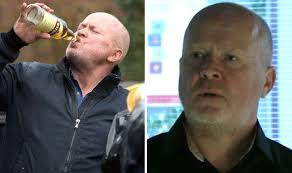 Not only that, but she then decides to give the baby up for adoption in what was quite a harrowing episode, more so because it was at that very moment that her own sister (whom she's every close to) realises that the gorgeous new born baby boy was taken away..for good.

Years ago I used to watch Eastenders with a view to becoming one of their script writers. Well.. having put that idea to bed I must say I'm still not buoyed by their ability to make black women in particular, come across as 'messed up' and inhabiting limiting, or questionable standards.

One could argue that every cast member is dysfunctional, but there is a trend with Eastenders that is glaring obvious to anyone with eyes, and that 'trend' is the tendency is to portray some segments of our everyday society.. in.. well.. an ongoing negative light.

In addition.. Just who else did she sleep with why she wouldn't have known immediately the father of the baby was Phil??.
Jesesh... don't answer that:)
You may say.. "Its just TV Dawna".. and you would be right, yes it is, but Television is possibly one of the largest propaganda tools of our times, and the show is watched by millions of people!
We really shouldn't accept such nonsense.