East is East; As relevant today as it was in the 90's

Actor Om Puri has died.
A huge Bollywood star, with international success, Om was probably best known to British fans for his roles in films 'My son the Fanatic', and the 1999 British classic, 'East is East' in which he played 'long suffering..'George Khan'. 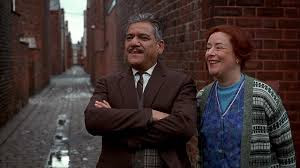 The film depicted wonderfully, the life of a Pakistani migrant, struggling to retain his culture and ensure his family also remain true to their 'roots'. Married to an Irish wife, (of whom he often threatens to replace with his Pakistani 1st wife back home) George struggles daily, as his family continue to embrace 'British Culture' 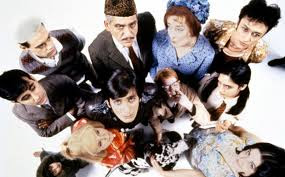 It's a story which many migrants to the UK can possibly relate to, whether from Pakistan, India, Africa, or the Caribbean, and given the current social climate, is possibly as relevant today, as it was back then.
If you haven't seen East is East, I recommend it. 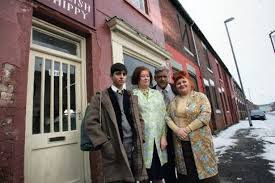 It remains a funny and thought provoking film, with and excellent cast.
'..bastard bitch' Is a phrase I will not forget in a hurry.
May he rest in peace for what has been an outstanding career, and contribution to the Arts. 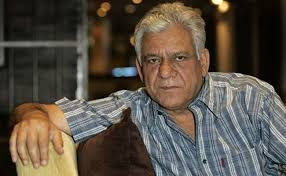