A Home - is where the heart is?...and some Merry Christmas tunes

Big fat zero goes out to the Argos store
As a consumer I have every right to call them out on this.
I bought some so called 'Beats by Dre for Ti.. only to find that the only thing in the box was the headphones . No wire.. cleaning cloth.. booklet.. nothing!. 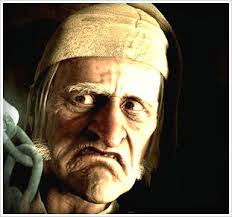 This year I have had to return several items to the store as items that should have been provided.. were missing.
Once I was scuppered because I couldn't find the receipt so had to buy the same item again.

I'm not suggesting that 'someone' in the chain has itchy fingers, or an overall lack of customer care/quality assurance....but I do hope that in the new year service improves or I will be slating that store on a regular basis.
.. and I hope not as I like the store. (How can anyone not like buying something they can't even see or touch:)
Boooo

Last night I watched for the 1st time ever.. 'It's a Wonderful Life'
I watched it because I've heard it spoken of as one of the great Xmas movies of all time.

Yes .. it was a good film. Quaint.
Oddly relevant in a way. 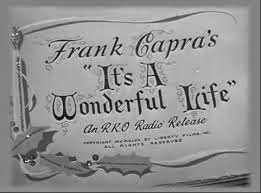 Long story short, a man wishes he had never been born. He gets his wish.. then is shown by an angel what life is like without him. he soon realized that his life mattered greatly indeed.
He had made a contribution.
He begged to go back. begged to have his life back
It may not have been 'perfect'.. but his life MATTERED

Who decides what matters anyway

Crisis at Christmas appears to have been granted occupancy of a local school.
That's really great.
What we we do without some of these Charities?
But I did feel a sense of disgust, that in London especially we should have so many people living and sleeping rough on the streets. Some people would never believe that in a country such as ours we have that problem.
We do.
People beg here too.

Ironically perhaps we also have lots of empty buildings .. properties..and disused and derelict land.
Most of the people I saw queuing for a space were male.. and sounded Polish
...our wonderfully humane and 'fair' immigration policy at work..
in case you wondered.. I am being a bit sarcastic there Sorry.. I know it's Christmas...I guess it's the Brit in me :)

A side note..I will also point out that around 70% of charity funds goes to senior managers in the way of wages.
Leaving 30% ( if your lucky) .. for the cause itself.
International NGO's are well known for this... bigger UK charities also.
Small charities less so.
Just thought you might like to know where most quite a bit of your money goes

I just watched 'Back to the Future'
Okay doc... we're in the future now.. and we still using... roads

If Jesus walked among us today.. do you think he would be treated any differently to how he was treated back then when he had lived?

The may not hang him.. ( bit barbaric) but I reckon, they'd definitely deny him recourse to public funds.. and possible homes?.. The Gutter... HMP or a Mental home?
But it really would depend on which part of the world he showed up.. his skin colour ( again) and 'his gender' :)

Yikes.. my mum just called.. "WHERE ARE YOU ALL?"
Better go