Is it time for African American's to drop the 'American' from thier descriptor?
Yes.. as you may have guessed... today's WOW Factor is simply a question

or a series of questions.. 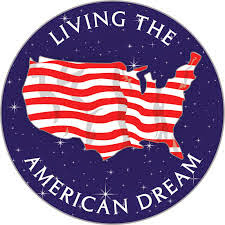 Is the worlds love affair with America reaching an un-fairytale like conclusion?

With the high profile murders of black men ( and boys) by American law enforcement seemingly justified away with the perpetrators facing no charges but walking freely...surely one unifying move would be to state outright... we are no longer American.
We are Africans. .. in America.
It could be a powerful display - not only of unity, but of disgust and contempt for the current system.
A system that allows incidents such as the ones we hear of often, to happen
How would 'Americans' handle such a statement?. 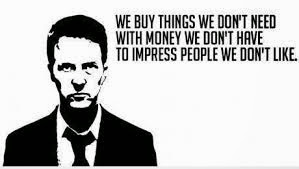 But will 'African Americans' ever do that?
I doubt it
In fact.. if Raven ( see sidebar) is an example of the 'New Black' I've heard some people ( mainly Pharrell Williams) refer to, it seems to me that many would sooner drop the African
.. Yep....just call me - American

after watching a grown man plea for air..
a non aggressive and non threatening black man state clearly .. 'I want no trouble officer...'
..only to be choke dragged down like an animal.. til he could breathe ( and would never breathe) no more 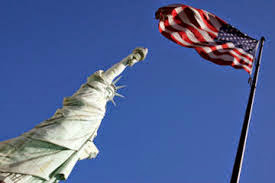 [The American Dream is] that dream of a land in which life should be better and richer and fuller for everyone, with opportunity for each according to ability or achievement. It is a difficult dream for the European upper classes to interpret adequately, and too many of us ourselves have grown weary and mistrustful of it. It is not a dream of motor cars and high wages merely, but a dream of social order in which each man and each woman shall be able to attain to the fullest stature of which they are innately capable, and be recognized by others for what they are, regardless of the fortuitous circumstances of birth or position'. [Adams][Source] 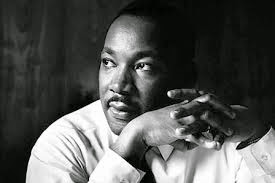 The question of Identity comes up often

Taking into consideration the history of 'Black America'.. 'giving up' on America, may be too bitter a pill to swallow
The civil rights movement was a hard fought battle
Many fought ( some to the death) for the right to be 'African American'.. to be called just so.... and not boy - or n*****r..
To be treated with respect

My final question is.. was the battle to be 'African American' really worth fighting for after all....
Perhaps it would have been better - to simply fight for the right to be an African..
...who just happens to live in America.