Ethiopia's Prime Minster Hailemariam Desalegn said something I tend to say in general
He apparently said "We should show that there is a solidarity within the African countries," [click] 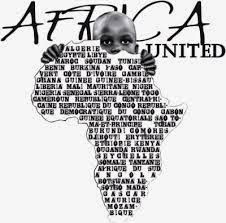 He was referring to Ebola. He feels that a united coordinated response would be a great way forward.. and could have helped to eliminate the disease earlier
I agree. Nigeria and Senegal got thier 'situations' under control and just seemed to selfishly walk away . 'Ha.. we're alright jack...'
I am happy for them.. but not for those still struggling to deal with it

The IMF does have a role to play in the under-development of many African countries... no question [click] they often dictate how money should be spent, and on what. The same with foreign 'Aid'. imagine ..counties having to import cheap American food whilst thier farmers can no longer afford to produce.. and the population can no longer afford to buy their goods. Spending on Health and Education.. what say you IMF?
....but it's easier to blame it on the people.. and the eating of some 'bats'

The question of a united Africa will rage on.
Despite the AU we are no closer to it. Too many petty squabbles ( which turn into outright war) too many internal power struggles. What on earth is wrong with some of these men?.
Too many of them behave like naughty children.. but instead of fighting with toy soldiers... they use real people.
Bully's in the school yard.. picking on girls.
I'm not impressed with South Sudan right now at all for example.

Will leaders revise their strategies?.. lord knows
The greatest weapon your oppressor will ever have is the control of your mind
In fact....will we ever have a united world? We're balance is restored and wealth and technology evenly distributed?... 'now steady on girl... you're getting ahead of yourself'

Anyway.. the flu has me in it's grip. ( as you can probably tell)
If i'm not up to posting again before Christmas.. have a lovely Christmas /Wonderful holiday all x 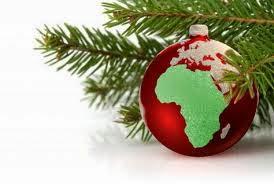