Sometimes I wonder how many people would still love God, if there were not a perceived reward for doing so
No promise of wealth, no promise of anything, no glory, no praise, no heaven, no well done or good job.... nothin'

How many of us would still love god then....

Perhaps we need an incentive .. for everything

Perhaps we are simply hard wired to only recognise pleasure.. through a shadow or threat of.....pain

A friend of mine used to really like Creflo Dollar.
I'll be honest.. his name concerned me. 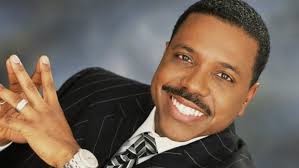 Anyway, the news that the multi millionaire preacher Creflo Dollar had reportedly asked his congregation to buy him a $65m private jet disgusted me. [click]
Apparently, the old private Jet was no longer fit for purpose 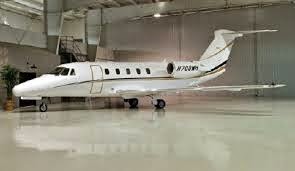 Church members were asked to donate around $300 each to make it happen.
Apparently the accompanying video asking for the money was removed from his website amidst outrage.

Creflo's World Changers Church International is what we here may refer to as a 'Superchurch'
It's no secret that these churches have grown significantly and have amassed great wealth.
The loyal followers Christians who attend these churches seem to be under the impression that the wealth will trickle down to them. This laissez-faire approach to worship appears to render the faithful seemingly unaware that it is they who collectively have amassed the wealth in the 1st place, often by pledging 10% of their earnings, donations and more. 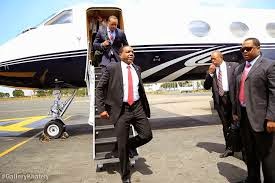 I'm all for giving, I think it's a good thing.
I'm not all for manipulators.
I feel uneasy about the exploitation of those who give ( when they can barely afford to) purely in the hope that thier prayers will be answered.
I'm no longer as naive as to believe that there is such a thing as a totally altruistic act.
But it's a nice goal and a great intention

So after much deliberation I thought.. well... 'they' ...are adults. if they believe in him.. then leave them be

After all, one man's meat, is another man's poison I guess.
But still , this is me you're talking to
So I'm sorry but, he's still going on my 'Wall of Shame'.

Buy your own Jet.. for the love of god. Don't be a blood sucking bastard, You have enough money.

'Christians' sure are different these days... or are they?
Posted by Dawna at 23:02