Will it be General Buhari who is lucky this time round? It's up to you Nigeria - ft Brymo - Down

You can't fight fire with fire... and not expect to get burned .. eventually

This Saturday, 28th April, Nigerians will go to the polls to vote the the man ( or woman) they want as President of their country, and it's being viewed as one of the tightest contests in recent election history.
The contest resides between the current president Goodluck Jonathan, and his main challenger General Muhammadu Buhari.

One thing about General Buhari is.. he really does- not- give- up easily[click]
Defeated 3 times in previous elections, he's back again.. and this time.. may just be his time... ( again)
You see, General Buhari has had 'his time' before.
The general ruled Nigeria between December 1984 to August 1985,. and is known for his 'War against Indiscipline'
Others state that he is known and remembered, for human rights abuses. [click] 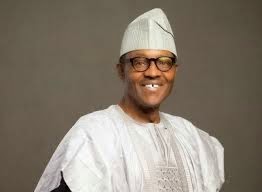 Buhari is a Muslim from the north of the country, and many will feel that if anyone can make inroads in the fight against Boko Haram... it is him

For many, current President , Goodluck Jonathan is increasingly being viewed as a weak leader, presiding over one of Nigeria's most corruptible presidential cabinets, and the mis-management of government funds [click]

I'm not agist but Buhari is old. 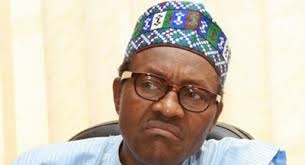 If Nigeria vote for him on Saturday it will be a crushing blow for Goodluck Jonathan, but he would only have himself to blame.
If the country vote him out, it will be because they have had enough of the current state of affairs
To vote for an aging leader they've had before.. says a great deal

Those who have benefited from Jonathan's time in power may be edgy... perhaps..
but should just count thier loot and give thanks.
They made hay.. while the sun shone...
...now it's time perhaps, to give others a chance.. to eat bread

Nigeria desperately needs a strong leader to deal with the problems the country faces.
From the outside looking in, I'm not sure the best approach with regards to insurgents is to fight fire with fire.. but I'm no ex- army general

"If anything goes wrong, I will take responsibility.. and I will fix it. THAT IS WHAT IT MEANS TO LEAD!" - Buhari campaign Slogan 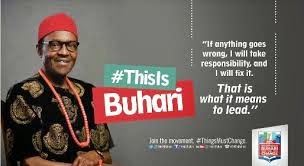 General Buhari has a gap between his teeth like me.. that's cool. We have that in common.
...but he looks scary - like he'd tell me off something fierce if I burnt the Fufu or something... that's not cool.

President Goodluck Jonathan may have a sweeter, softer face... but a girl likes a man who can take control of a poor situation .. and sort it

I've no crystal ball or anything
... but It's possible that Jonathan's luck has simply run out.