I'm missing Mr K very much right now
So i'm having to distract myself in a million ways... well.. tying to anyways..
But I don't want to distract myself, really, so I'm feeling a little resentment to the distractions ( does that make sense)
Having said that I'm so busy currently that my feelings are not being given much of a chance to 'land'.. they're just hovering in the ethos at the moment.. but at some point... they will hit their target.

The current situation in Salone is a little unsettling. It's reported that there is due to be another 3 day lock down due to a rise in Ebola cases again, and the political situation is tense as the President has now 'officially' sacked his Vice President. [click] 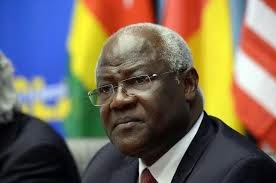 I tend to sympathise with the 'underdog' usually, so I'm feeling a little sad about the situation .
I don't think it's an easy situation for anyone.. (either side) to be honest.
I feel that the timing wasn't great as the VP is still in the 21 day quarantine period and as a result can't seemingly do ,much about it.
Some argue that the sacking is unconstitutional, but I think the President does have the powers to sack him.. the parts of the constitution that I've read would imply so.
But I'm not that familiar with it so I could be wrong [click] 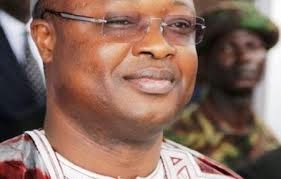 I don't agree with the sacking on the grounds that he sought asylum.. mainly because he'd already been expelled.. and if he did seek asylum that doesn't mean he neglected his VP duties.. he simply relocated - no?
Anyway, I'm sure it will be sorted one way or another

I listened to this interview with him ( below) prior to the official sacking, ( try and ignore the noise interference ) ....interesting

Interview begins at 2.13 - thanks to Bakarr King Conteh
One comment that Bakarr made near the end of his own opinion section was that the opposition party have no leader.. quote ' so they all up in APC business' end-quote :)

He is right when he says the focus needs to be on combating Ebola right now.,. but the pot has already boiled over on this .. so can't be ignored
Anyway I really do miss Mr K
did I say that already...
need my husband
Sure