A rare night to myself so off I went.

Now showing at the Arcola Theatre, New Nigerians is a play by Oladipo Agboluaje.
Patrice Naiambana stars as the revolutionary socialist protagonist 'Greatness', a Presidential Aspirant who is seeking to overturn the political status quo, with an ideology rooted in integrity and socialism, just as his father, a well respected union comrade, instilled in him. 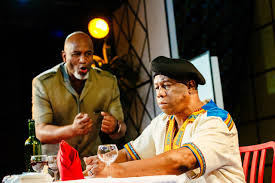 Greatness is the head of the Peoples Revolutionary Party, and with his fiery and funny female running mate, is finding it hard to galvanise a people accustomed to stomach infrastructure, and voting along ethnic lines.

He faces many temptations and tests to his integrity, mostly from his political rival, who leaves the ruling party, joins the opposition party, and makes him an offer difficult to refuse.

His mantra of "One Nigeria one Family", is seen as naive, and his rival tells him directly that he will never be President with his overt socialist and revolutionary leanings. 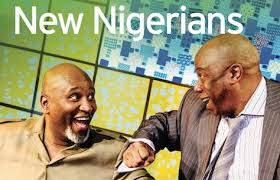 Faced with a choice to accept his rivals offer and betray his running mate ( and his integrity) he tries to woo the trade union boss, in the hope that the backing of the union will bolster his partys efforts.
Yet he quickly finds that even this is thwart with difficulty as he realises that to gain that backing, it would come at a high price.
He has already paid dearly, with his wife leaving him, and dedicating her life to god, who unlike her husband has 'time for her', and with god, finds a relationship which gives back the depth of love she has to give, and will not forsake her. 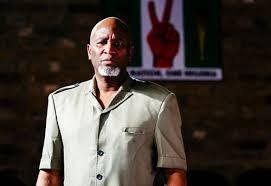 Politics is a dirty business, his running mate, under constant sexual harassment, loses herself in ganja and wine, as she is forced to trade sexual favours to further their revolutionary agenda.
The men dominate and the women endure, or run.

President Buhari, the main political parties , and the politic aspirants that have recently emerged are all put under the spotlight for sure


A cast of three, but the actors double up on parts seamlessly, and each character holds their own.

A great play, and so very funny!, go see it if you can